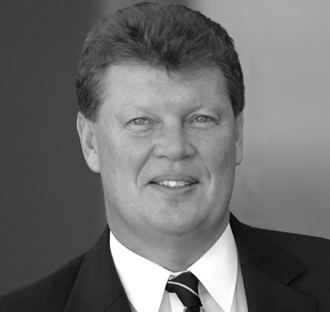 Kapp (pictured) told Lawyers Weekly he left his position as head of Clayton Utz’s private equity group on Friday (10 August) at 5pm and started with Corrs at 5.10pm. Officially, he took office on Monday (13 August) as a senior partner in the Sydney private equity group.

Kapp, whose client base is largely US-based top private equity firms, said Clayton Utz’s Hong Kong office was competition for his clients that use the US law firms based in Hong Kong.

“They’re pretty uncomfortable having Clayton Utz, Allens or [King & Wood] Mallesons competing with them in Hong Kong,” said Kapp, adding that he was keen to join a domestic firm.

Kapp specialises in advising on foreign investment in Australia and has acted on a number of major private equity transactions in the country.

Kapp joined Clayton Utz in 2004 from Minter Ellison, where he had also headed the private equity practice.

“Trust me, I’ve done most big private equity transactions and it’s really attractive for leading US and UK firms to have independent counsel in Australia that don’t compete with them in Hong Kong.”

“He’s very focused on the domestic market. They’re not going to expand into Hong Kong; they’re the only major Australian firm that don’t have international connections and, of the top five or six firms, the only guys that don’t have a Hong Kong office,” he said.

While Denton has openly said Corrs will not merge with any offshore firm , Slaughter & May has chosen Corrs as well as Clayton Utz, Gilbert + Tobin and Minter Ellison as its favoured partners in Australia.

“Corrs is very focused on being a premier Australian firm; they’ve got a pretty good private equity team and have worked on some of the largest private equity deals in Australia. I think we’re on the same page,” he said.

When asked whether he considered defecting to a global firm, Kapp explained that he had “been there, done that”. He previously served as Australian managing partner for Andersen Legal, the global legal practice of now-defunct accounting firm Arthur Andersen.

“Frankly the global law firm just [doesn’t] work. It has the promise of working but ...  practising law is very different to, you know, global accounting firms,” he said, “Law is the ultimate people business.”

Kapp said he told all the clients he works with that he has changed to Corrs and received an all-round positive response.

“They’ve just gone “yep, let me know where you are”... at end of day lawyers are your advocates.

“I spent six or seven years travelling around the world trying to create a global law firm and I know [they’re] flawed.

“We got zero work through connections. Part of it is clients see their lawyers as their advocates and they choose individual lawyers, not global law firms,” he said, adding that the overseas offices of merging firms would end up merely as “colonial outposts”.