Ebsworth poaches to shore up financials 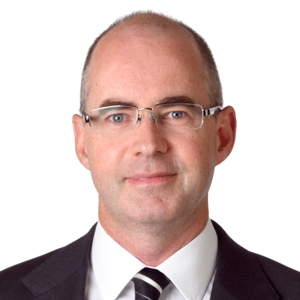 HWL Ebsworth has brought in two new partners to cover the loss of its financial services and regulatory practice group head.

In December, Lawyers Weekly exclusively broke the story that Andrea Beatty, the head of the financial services and regulatory practice group at HWL Ebsworth, had suddenly resigned from the partnership.

It was announced last month that she had joined K&L Gates, taking three team members with her.

This week, HWL announced that Andrew Galvin (pictured), a partner at Corrs Chambers Westgarth for 13 years, has joined the firm in Sydney. HWL has also nabbed one of Corrs’ Brisbane-based senior associates, Michael Anastas, and promoted him to partner.

Speaking to Lawyers Weekly, Galvin said that by joining HWL he will provide a better value-for-money option that he did at Corrs.

“I was drawn by the model offered by Ebsworth,” said Galvin. “Clients in the financial services sector have cost pressures, and I don’t see that changing anytime soon.

“My rates are lower [at Ebsworth] and if you can’t beat them, join them.”

Beatty’s resignation led to Sydney-based partner Stephen Cavanagh being promoted to head of the financial services and regulatory team. The poaching of Galvin and Anastas brings the number of partners in that group to seven.

Beatty’s departure from HWL came amid the airing of some disquiet to Lawyers Weekly from junior staff who had worked in the financial services and regulatory group at the firm.

Lawyers Weekly has also been told by people that have worked with Beatty that such claims are groundless.

Beatty, who was previously a partner at King & Wood Mallesons, told Lawyers Weekly last month that she has always attempted to establish a collegiate and fun atmosphere within her team.

Galvin said his appointment did not have the added remit of attempting to increase morale in the group.

“That was before my time,” Galvin said of Beatty’s departure. “I don’t expect it [the working environment] to be anything other than harmonious.”

Managing partner Juan Martinez said in a statement that the hiring of Galvin and Anastas is a reflection of the success the firm has enjoyed in recent years.

Ebsworth poaches to shore up financials