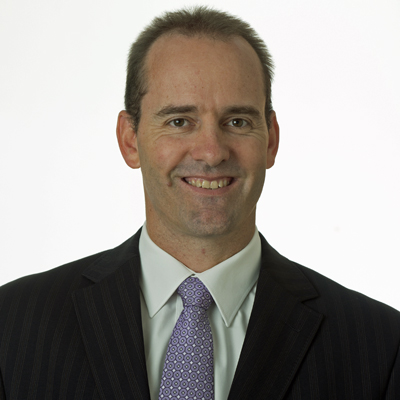 Gadens Lawyers has appointed professional manager Grant Scott-Hayward as the firm’s new Victoria CEO, with a mandate to transform the firm’s culture.

“It was the overwhelming view of the [Gadens] board and partners that a transformation was necessary for the wellbeing and the future of the firm, and what really attracted me was that challenge,” said Scott-Hayward.

Most recently as Lander & Rogers’ COO, Scott-Hayward has a history of managing and consulting to law firms in Australia and previously in South Africa.

Before his five-year stint at Landers, Scott-Hayward was a senior strategy consultant at Beaton Consulting, where he said he realised the importance of positive cultures within professional services firms.

“The key is starting off with a focus on the firm’s core values; you build a culture upon your values; treating people the way you want to be treated,” he said.

Dixon left Gadens in August last year soon after his son, Jeremy Dixon, a general manger with responsibilities for marketing and administration at the firm, was made redundant.

While Dixon, a legal business consultant, helped to raise Gadens’ profit levels to record levels, his management style rankled with some staff at the firm.

Dixon first joined the firm as its Victoria CEO in 2000 before relinquishing that role to become managing director of the Melbourne office a few years later. His exit in August came almost seven years after he unsuccessfully tried to leave Gadens in 2005, citing a thirst for new challenges.

Scott-Hayward said he had never met Dixon and couldn’t comment on his leadership style or his legacy at the firm.

“It’s very hard to define a culture; if you try to define it and prescribe it I think you’ll kill it,” said Scott-Hayward.

Landers’ high retention rates of staff and clients are something he takes pride in.

“One of the key things I helped to achieve in the firm was a strong culture; its something that’s not compromised, it provides an extremely strong foundation for them and they’re renowned for being a great place to work,” he said, adding that he wants to achieve the same at Gadens.

“The thing that’s really struck me is there are so many nice people here. I think the future looks very bright.”

Scott-Hayward is not a qualified lawyer but said his international experience working in law firms gave him an intimate understanding of lawyers and what they do.

“I specialise in the business of law and Gadens is one of the few firms that recognises the value in having a professional management,” he said.

While the roles of COO and CEO differ from one firm to the next, Scott-Hayward will focus on leading the firm’s overall strategy and future direction.

There are no plans to change the firm’s existing practice groups, he said, but he did not rule out increasing the firm’s headcount, mainly in Victoria.

Gadens will continue to have separate partner profit pools for its five offices in Sydney, Melbourne, Adelaide, Brisbane and Perth, with no plans to integrate them nationally. The firm also has offices in Dandenong and Port Moresby.