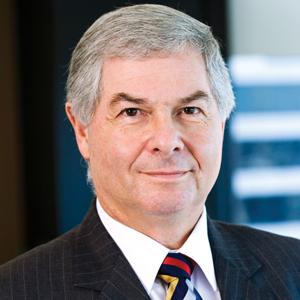 Clayton Utz partner Michael Klug has been appointed as chairman of Autism Queensland.

The alternative dispute resolution (ADR) expert has been a partner with Clayton Utz for 38 years and was partner-in-charge of the firm’s Brisbane office from 1992 to 1994 and from 2006 to 2011.

He took over the role of chairman of Autism Queensland from Professor Robert van Barneveld late last month.

Commenting on his appointment, Klug (pictured) said: “I have been looking to do more in the community service space for some time as I had enjoyed my previous similar roles, so I am delighted to accept this appointment.

“The outgoing chairman, Prof van Barneveld, will leave a big pair of shoes to fill; he was a very effective and popular chairman and was instrumental in establishing the $104 million Autism CRC in Brisbane.

“I look forward to working closely with Prof van Barneveld, CEO Penny Beeston and the board as Autism Queensland looks to the future of how it delivers its services,” he added.

Autism Queensland CEO Penny Beeston said: “Mr Klug’s appointment comes at a crucial time for Autism Queensland as it builds a skills‐based board to set strategy for the organisation to meet increased demand for our services with the introduction of Disability Care Australia.”

He has also served on the QUT Council and is the current vice-president of The Brisbane Club.

Klug is also one of the original founders of Lawyers Engaged in Alternative Dispute Resolution, an organisation committed to reducing the costs of access to justice for the community and increasing the use of alternative methods of dispute resolution.