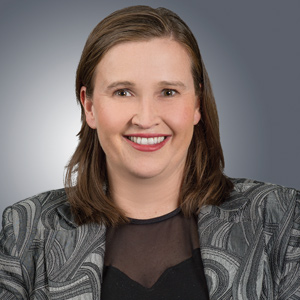 Victoria’s new equal opportunities and human rights commissioner has said one of the parts of life in private practice she will miss is filling out a timesheet.

Although timesheets are often blamed for many of the problems in the legal profession, former Herbert Smith Freehills partner Kate Jenkins (pictured), who took up her new role as commissioner on Monday 9 September, said, after 20 years in private practice, she thinks it is something she will miss.

Jenkins, who joined HSF in 1993, was the head of the firm’s’ Australian discrimination and equal opportunities practice.

The former employment partner said she decided to apply for the commissioner role because it was a unique opportunity to work in the area she is really passionate about.

“My practice at HSF has, for almost an entire 20 years, been focused on equal opportunity laws and human rights laws, so over the time I’ve been at HSF I’ve watched the practices at different employers change quite a lot,” she said. “Over my professional career I’ve been involved with these laws for pretty much the whole time, so when this position came up it seemed like a good next step for me.”

Jenkins has worked with a number of companies to implement workplace guidelines and, more recently, policies in the areas of diversity and LGBTI.

She said that while law firms now do understand the importance of cultural and gender diversity, changes in the legal profession have occurred slower than might have been expected.

“Twenty years ago I don’t think people would have thought the percentage of female law firm partners at most firms would still be under 25 per cent [today], given that law firm grads are more than 60 per cent women,” she said.

Jenkins said that during her five-year term as commissioner she wants to start a broader conversation about human rights and equal opportunities in the community, and focus on why human rights are important for everyone.

Pro bono work is also something that is important to Jenkins, who is on the board of child and family welfare organisation Berry Street Victoria.

“[Pro bono work] not only gives people a great experience, but from a professional point of view some of the cases you get to act in for charity organisations are some of the most interesting cases .... It’s both giving back to the community but also great professional development.”

Outside of the law, Jenkins’ passions have an artistic bent, and she sits on the board of Victoria’s Heide Museum of Modern Art.

“I studied law and fine art ... so when the opportunity to go on the board came up I was very excited and really looking forward to the art and also to running the art gallery as a business; this is a challenging time to be doing that.”