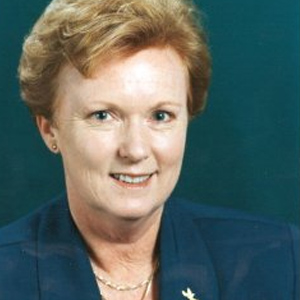 Edwardes was previously at Hancock Prospecting Pty Ltd (HPPL), where she was appointed as the executive general manager – external affairs, government relations and approvals in 2010.

In this role, she helped to secure most of the necessary government and regulatory approvals for the company's major mining and infrastructure projects, including the Roy Hill Mine Rail and Port, as well as other Hancock coal developments.

Earlier in her career, Edwardes was Western Australia's longest serving female state government minister (1993 to 2001), including her time as the state's first female Attorney-General and its Minister for the Environment. As Minister, she was responsible for a range of reforms in the environment, justice and labour relations portfolios.

Having completed her law degree at the University of WA in 1983, Edwardes was the first female solicitor to serve in the WA State Parliament, following her election as the Member for Kingsley in 1989, a position she held for 17 years until 2005.

"With an already established presence in Perth and an excellent and growing reputation in the resources sector, I believe the experience I bring will enhance the service [HFW] can offer to mining clients. I look forward in my new role to continuing my relationship with Gina Rinehart and advising her and others at Hancock Prospecting,” said Edwardes.