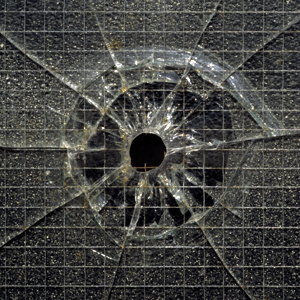 Despite the recent spate of shootings throughout New South Wales, the number of shooting incidents in the state is still “way below” the 2002 peak.

“People have very short memories. Back in 2000 we had large numbers of young people shooting at one another and more often hitting each other,” said Weatherburn, addressing over 100 solicitors, criminology students, police and government policy makers at Sydney Law School on 24 April.

Yet the offence of ‘discharge firearm into premises’ rose by 41 per cent in the two years to December 2011, according to the annual report released on 17 April.

Around half of the incidents of ‘discharge firearm into premises’ that were recorded in NSW in 2011, occurred in the three Sydney statistical subdivisions (SSDs) of Canterbury-Bankstown, Central Western Sydney and Fairfield-Liverpool.

“At the moment this offence tends to be cyclical. Whether that’s a statistical accident or whether there’s something behind it, I don’t know,” said Weatherburn.

However, ‘possession of a firearm’ is often the only offence that is supported by the evidence and that can be charged when police find a firearm in someone’s house or car, former Director of Public Prosecutions, Nicholas Cowdery, told Lawyers Weekly after the seminar.

“It is often impossible to prove that the person actually discharged the firearm at some earlier time, much less at a particular house or person at a particular time and place. Without that evidence, more serious offences cannot be prosecuted. It is very rare that police actually apprehend a person during or close to the shooting itself,” explained Cowdery.

“The upward trend has actually brought the offence back to its long-term level after unusually low figures were recorded in the latter half of 2009 and the first half of 2010,” he said.

“Whenever petrol prices rise, number-plate theft goes up. Thieves put stolen number plates on their own vehicle to avoid identification when they drive into service stations, fill up and drive off without paying for their fuel.

“We found that for every 10 cent increase in the price of petrol, you’ll get another 120 service station drive-offs,” he said, adding that one of the crime prevention challenges in NSW is getting service stations in areas that are hard hit by the problem to uniformly agree to require pre-payment of petrol.

According to the BOSCAR report, Hornsby and Ku-ring-gai are the safest places in the state to live, while Walgett and Bourke are the two most crime-prone local government areas.

Weatherburn, who was appointed a senior research officer at BOSCAR in 1983, said that the highest rates of offending are shifting from urban to regional areas.

“When I started doing this, mostly very high rate areas for all crimes, other than assault, were in urban areas and over the last 15 years there’s been a shift to regional NSW … Walgett and Bourke always had very high rates of assault but [they’ve] started to get very high rates of these other categories of crime that are traditionally urban, like robbery,” he said.

Cowdery said he was not greatly concerned about the shift because often higher levels of particular offences in smaller communities can be due to illegal conduct by a comparatively small number of local offenders.

“Sort of ‘one man crime waves’,” said Cowdery, adding that if those offenders can be “taken out of action” the figures will go back to average.

“Police know that and [they] target them”.

While almost all crimes across large urban centres with large populations are reportedly dropping, Weatherburn said he was concerned about the Government’s approach to identifying crime “hotspots”.

“They tend to look at where the volumes are. The upward trend will always come from a more voluminous area and this means there is less attention given to small areas with high crime rates.”

However Cowdery said he agreed with the “intelligence led” policing approach in NSW.

“It makes very good sense to concentrate the limited available police resources on places where offending may be expected (based on past experience) and against persons who have records of repeat offending,” said Cowdery.

“Of course, the rights of all concerned must still be observed and protected under the law.”