Home/
News/
One third of new Vic barristers are women

One third of new Vic barristers are women 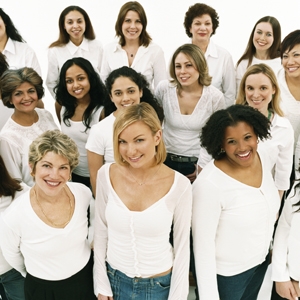 One third of the 31 new barristers who signed the Victorian Bar Roll this month were women.

One third of the 31 new barristers who signed the Victorian Bar Roll this month were women.

11 women and 20 men joined the Victorian barrister ranks after completing the Bar Readers’ Course, taking the total number of barristers in Victoria from 1875 to 1906. The newly-appointed barristers come from a range of employment backgrounds and include a speechwriter, a television scriptwriter and an event manager.

An additional reader from Papua New Guinea completed the course and signed the Victorian Bar’s Roll of Overseas Counsel, continuing the Bar’s commitment to the development of the profession in the South-Pacific region.

“This group of readers again demonstrates the broad appeal of the Bar in Victoria to people who are interested in pursuing a career in advocacy and the law,” said Victorian Bar chairman Melanie Sloss SC.

“While most of our newest barristers come directly from the practising legal profession and a third have served as judicial associates, there are others who come with valuable experience gained in the broader community including from academia, television and event management.”

One third of new Vic barristers are women