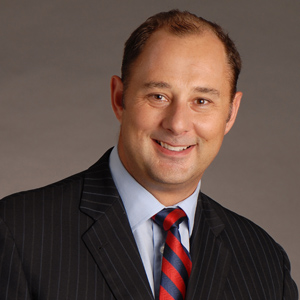 Sparke Helmore has teamed up with a number of Australia’s most powerful finance companies as part of a push to get more work in this lucrative area.

Sparkes has joined Macquarie Capital, Deloitte, Westpac and the Australian Private Equity and Venture Capital Association (AVCAL) as sponsors of the inaugural Australian Growth Company Awards on 25 October at the Westin Hotel in Martin Place, Sydney.

All of those award co-sponsors, with the exception of AVCAL, are current clients of the firm, with Sparkes seeking to shift its image from being a firm with a government focus to one with a broader depth of capabilities.

“Sponsoring these awards is part of a determined strategy to move into that integrated debt and equity market,” said Nick Humphrey (pictured), the head of corporate at Sparkes when speaking with Lawyers Weekly.

“We want to demonstrate that we can do M&A work and that we have the capabilities to act for firms in the mid-market space on the debt-raising side.”

Humphrey, formerly the head of private equity at Norton Rose, was poached by Sparkes late last year to develop its corporate and banking practice. He said he had been talking with the other award sponsors for 18 months to two years about launching these awards.

“I was surprised that there was no awards program that focused on the growth market, particularly on the companies side,” said Humphrey. “I think all of the awards partners wanted to go to the market with something that was a little bit different.”

The awards are pitched to companies that have been in business for more than two years and generate revenue between $20 million and $250 million.

The latter category is expected to attract the interest of private equity consortiums.

“It might seem at first blush a strange category to include,” said Humphrey. “Roughly one in four deals have a private equity fund involved and whether it is a secondary buy-out, an IPO, [or] a trade sale, that is a key milestone.

“Whether it is backed by private equity or it is part of a strategy backed by a management team that has grown it [a company] and managed to sell it, this award looks at that exit event as a thing to celebrate.”

Humphrey will be one of the awards’ judges, joining leading business figures including: Greg Clark, the head of leveraged acquisition finance, debt capital markets, with the Westpac Institutional Bank; Belinda Cooney, a director with Macquarie Capital, and Tony Garrett, a partner with the corporate advisory team at Deloitte.

Humphrey said that if the awards receive 60 to 100 submissions it will be judged a success and that the organisers might seek to expand the number of award categories next year.