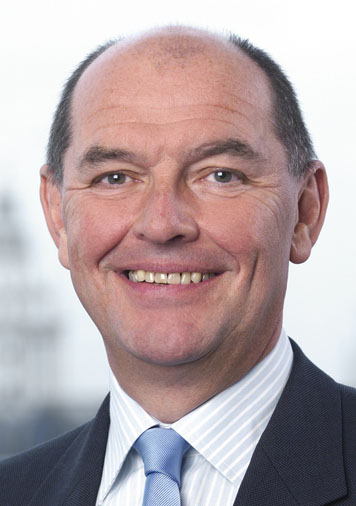 The head of DLA Piper in the Asia-Pacific has told Lawyers Weekly that his firm will not look to compete against its global competitors in every area in the Australian market.

The head of DLA Piper in the Asia-Pacific has told Lawyers Weekly that his firm will not look to compete against its global competitors in every area in the Australian market.

Bob Charlton (pictured) was appointed as the managing director of DLA Piper in the Asia-Pacific on 1 May.
The former Clifford Chance and Freshfields Bruckhaus Deringer partner visited each of the firm’s five Australian offices when he was in the country for two weeks in June.

When interviewed by Lawyers Weekly in the firm’s Sydney office, Charlton said that DLA Piper was closely monitoring the movements of its global rivals when deciding what areas it would target.

“In banking and finance, I think we need to look very carefully at where we stand in the market and look at what good clients like Westpac expect from us and make sure we can deliver that adequately,” he said. “Is it sensible, now that Clifford Chance and Allen & Overy have moved here, alongside Freehills and King & Wood Mallesons, is it sensible for us to really be having a crack at general lending wok for the National Australia Bank? That is a question we need to think about it.”

DLA Piper have targeted the trade and commodities area in advising Westpac in an attempt to challenge the hegemony large firms like Allens and Freehills have with regard to banking and finance work from the ‘big four’ banks.

In the equally lucrative area of energy and resources, DLA Piper has also attempted to challenge the large global and national firms with offices in Perth.

“We want to avoid being a jack-of-all-trades,” he said. “We want to be able to distinguish ourselves on the back of the geographic base we have and the ability to deliver top-class products for this group of clients that look to us as an international provider.”

Canberra conundrum
Charlton spent time in Canberra during his stay in Australia.

While DLA Piper was one of only seven private practice law firms to be named on all four panels of the Federal Government’s Legal Services Multi-Use List last month, just over 12 months ago its Canberra office was decimated when six of the firm’s eight partners jumped ship to join HWL Ebsworth.

The office now has four partners, and Charlton put a positive spin on the global law firm’s diminished presence in the region.

“Often fantastic things happen out of adversity,” he said. “I think the size and shape we now have in Canberra is sensible, particularly in relation to the Government and its recently announced budget position. “Alongside a number of other governments, such as in the UK , it  doesn’t  have the money to spend on legal services that it once had.”