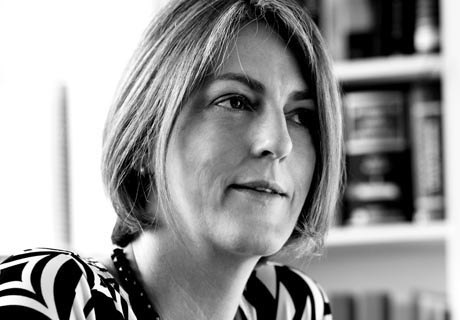 A female senior counsel told a roomful of legal dignitaries last night (18 July) that women should not be afraid to highlight their achievements when applying for senior positions.

Jane Needham SC (pictured) gave the keynote address at Celebrating Women in the Judiciary at the Union, University & Schools Club of Sydney. The event was organised by the Women Lawyers Association of NSW to acknowledge the appointment of eight women to bench positions in NSW over the past two years.

Needham, who has been at the Bar for 25 years, told the 100-plus audience that, before applying for silk in 2004, she sought out the advice of Christine Adamson.

Adamson was appointed as a senior counsel the year before and is now a judge of the Supreme Court of NSW.

“She [Adamson] did give me some very good advice – if you do apply, don’t be too modest,” said Needham. “She pointed out that, generally speaking, men who were going to be applying [for silk] were not going to be shrinking violets about it.”

“I applied, was appointed and I will be forever grateful to Christine for that advice.”

Needham added that, in many instances, women still have to prove their credentials beyond the standard expected of males when seeking to further their careers.

“Let’s face it, no one is going to hand us anything on a plate,” she said. “If the decades of history have taught us anything, it is that women have to work a lot harder than men to get where they are.”

Appointments, but no real progress
Jane Mathews, the patron of the Women Lawyers Association of NSW, made the official presentation to four of the eight judicial appointees who were in attendance.

While Mathews, the first woman to be appointed a judge of the NSW Supreme Court, lauded the appointments, she said that women still remain underrepresented in the ranks of the judiciary in NSW.

“When I first heard it was eight [female appointments], significantly less than it had been two years previously, I was pretty disappointed and upset,” she said. “But I learnt that statistics have been taken and there have been far fewer judicial vacancies over the past two-year period and the proportion of women appointed to the bench has remained stable during that time.

The percentage of female judges on the Supreme Court of NSW is less than 20 per cent.

Magistrate’s Margaret McGlynn and Louise McManus, in addition to Judge Donna Woodburn SC and Justice Judith Rees of the Family Court of Australia, were in attendance to accept a bouquet of flowers from Rebecca Barry, the president of the Women Lawyers Association of NSW.