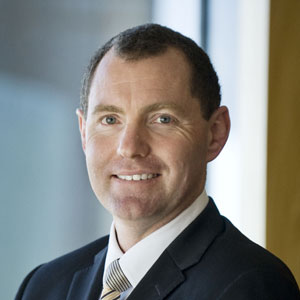 Perth-based Freehills partner Jason Ricketts has been named as the Australian managing partner of the newly-merged Herbert Smith Freehills.

Ricketts (pictured) will assume the role when the merger takes effect on 1 October. Gavin Bell, the current managing partner of Freehills, will take the global role of joint CEO, alongside Herbert Smith managing partner David Willis.

Speaking with Lawyers Weekly, Ricketts said location is becoming less relevant in the appointment of senior management at law firms, particularly the globals.

“In a sense, everyone is everywhere ... so sitting in Perth is not that different to sitting in Sydney or Hong Kong,” he said.

While Ricketts admitted that Perth is becoming a centre for the legal services market, he believes this was a secondary consideration in his appointment.

“There are some good things happening in the WA economy and it’s no accident other globals have set up offices here ... but the selection panel [that appointed Ricketts] chose someone based on suitability for the role.”

According to Bell, the decision to appoint Ricketts “reflects his strong performance and leadership”. Bell added, interestingly, that the importance of Perth as a growing business hub for the Asia-Pacific and its strength in natural resources were also factors.

Ricketts’ first priority as managing partner will be to lead the Australian business’ integration into the global firm, which will involve implementing a change-management program.

He will also focus on driving growth of the Australian arm of Herbert Smith Freehills.

Ricketts is the only regional managing partner representing Freehills on the global executive team of Herbert Smith Freehills. He “put his hand up” for the position after a six-year stint on the national board of Freehills and four years heading up the firm’s Perth office.

The timing of the promotion “couldn’t be better”, Ricketts said.

“It’s a time in my career when a full-time management position was something I was aspiring to,” he explained.

Ricketts started his career at Freehills as an arbitral clerk at the firm’s Perth office on 3 Jan 1990, the day after his birthday. He became a partner in 1996.