Home/
News/
LPO on the up

LPO on the up 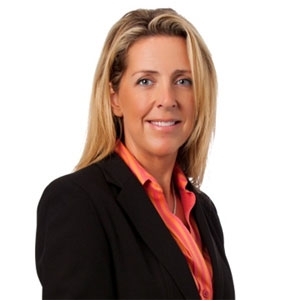 Local firms are more receptive to legal process outsourcing (LPO) due to the globalisation of the Australian legal market, according to LPO service provider LegalResources, which relaunched in July.

Chief operating officer Clare Matthews (pictured) told Lawyers Weekly that LegalResources re-entered the Australian market this month in response to growing demand for LPO services. The company was established in 2007 but Matthews believes “Australia just wasn’t ready at that stage”.

She claimed that local firms are now more receptive to LPO, and many lawyers no longer feel threatened by LPO service providers.

“Lawyers used to fear LPO would compete for their clients, but now they see the benefits and how it can help them service their clients,” she said.

The infiltration of global law firms into the Australian market has driven this “cultural shift”, according to Matthews.

She explained that UK and US firms, many of which have been using LPO since their budgets were scrutinised during and after the GFC, view LPO as “the norm” and are passing on their sensibilities to Australian partners.

“There is a push by some of the big globals that come here to cut costs ... these firms are starting more LPO conversations in Australia.”

Budgetary pressures have also influenced general counsels’ views on LPO, Matthews continued. She said in-house legal departments that are continually required to reduce their external legal spend are attracted to LPO for its cost savings, which can be upwards of 70 per cent on large-scale litigation matters.

She added that LPO will gain momentum as a growing number of in-house counsel look to firms to offer solutions for reducing hourly billing rates. In fact, Matthews has already seen a number of clients demand LPO from their law firms.

“The market is more educated and users of legal services are a lot more savvy ... they want to know they are getting value for money,” she said.

While Matthews could not name specific clients, she did reveal that LegalResources is targeting firms and organisations that have a high turnover of low-value documentation and contract management, or large amounts of litigation, such as finance, insurance and telecommunications companies.

Matthews admitted that LegalResources would struggle to compete on price with LPO providers based in India, for example, but she believes on-shore quality control and project management – LegalResources’ point of difference – will ensure LegalResources remains competitive in the Australian market.

“There is a negative perception of offshoring, particularly around quality, so the fact that we’re Australian and have a good understanding of the Australian legal system makes us competitive,” she added.

Kind & Wood Mallesons was the first large firm in Australia to publicly sign a contract with an LPO provider. In October 2011 the firm outsourced much of its low-level legal tasks, such as document review, document processing, due diligence and discovery, to India-based Integreon.

Integreon is the largest global LPO provider, with 17 international offices. It has nine of the top 10 global law firms as clients and the 10 largest investment banks.

But Australian firms were working with LPO service providers long before KWM inked the 2011 deal. In 2010, Advent Lawyers formed a strategic alliance with global outsourcer Pangea3 and Blake Dawson (now Ashurst) initiated a relationship with LPO provider CPA Global. Rio Tinto, one of Allens' major clients, also uses CPA Global to outsource much of its in-house legal work, bringing an estimated cost saving of around 20 per cent.

LPO on the up