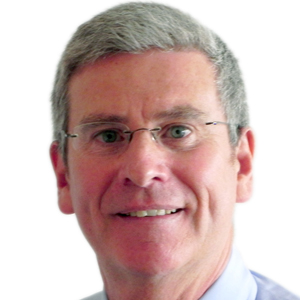 A prominent agribusiness lawyer has criticised the draft plan of the Federal Government’s National Food Plan for not tackling the power of Woolworths and Coles.

The 274-page Green Paper calls for Australia’s food production to double in the next 40 years, greater access to nutritious and affordable food, and greater levels of investment in research and development and bio-diversity.

However, the plan has been roundly criticised for not tackling the market concentration of large agribusiness and retail corporations and Watson said those criticisms are valid.

“The competition law aspects around the power of Coles and Woolworths, another controversial issue, they are just steering away from that really,” said Watson, who worked as a New York-based regional general counsel with Mars before joining Bakers earlier this year. “They are saying they will just hold some sort of forum, which I suspect will just be another talkfest. Really it is just more of the same there, which is interesting and a bit disappointing.”

The other “controversial” topic referred to by Watson is around foreign investment in Australia’s food and agribusiness sector. Watson, who said he thought the Green Paper was “comprehensive, but I was a little bit underwhelmed by it”, said that in the area of foreign investment, the Food Plan provided no new ideas.

“There is nothing in it around policy direction that is radical or looking at things in a different way,” he said.

The Green Paper has been met with a chorus of disapproval from a vast array of groups on the left and  right of the political spectrum.

The conservative National Farmers Federation said that the Green Paper provided no direction on how Australia could better compete internationally, while the leader of the Greens, Christine Milne, bemoaned the lack of regulation around the importation of cheap, foreign foods.

Watson said that while the Green Paper talks about the importance of investment in major infrastructure there is no clear plan as to how those funds should be directed.

“They are making all the right soundings, but it is very vague and indeterminate,” he said.

Focus on GM good for lawyers

An area of the draft National Food Plan that drew praise from Watson was around the treatment of genetically-modified (GM) foods.

The Green Paper encourages the adoption of GM crops to help reach the target of a doubling of food production by 2050.

“The positives out of the plan, which is interesting for lawyers and business, is the greater encouragement of GM foods,” said Watson. “That is controversial in itself, but they have come down on the side of GM foods.”

Watson also praised the Green Paper for its stance on bio-security and for recommending the continued monitoring of industry self-regulation with regard to obesity and health and nutrition.

He said he already had instructions to advise two large clients on the implications of the Green Paper and that it was still to be decided if those clients would seek to make any formal comment on the paper.