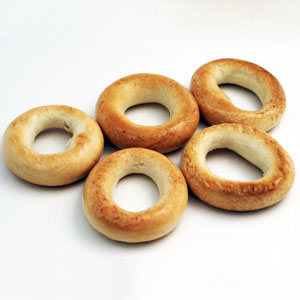 Lawyers are advising some official Olympic Games sponsors not to take legal action against ambush marketers, a London-based IP lawyer has revealed.

Paul Jordan is a partner specialising in advertising and marketing law at UK firm Bristows. He is working with official Games sponsors on issues connected to the London Olympic Games and Paralympic Games Act 2006 and the Olympic Symbol (Protection) Act 1995.

Jordon told Lawyers Weekly that while the legislation appears to assign the most stringent restrictions ever put in place to protect sponsor brands, Bristows is recommending that some ambushes be left to “wilt on the vine and go away”.

“Although it would be possible under the act to drag one of the ambush marketers in front of a judge ... legal action can sometimes highlight an ambush, giving the offending brand additional publicity,” he said.

“It’s not just about the legal issues; it’s about the PR risk as well.”

The 2006 act introduced new protections around the word Olympics and the five-ring symbol. But the most controversial section of the legislation prohibits the use of words and images that would create an “unlawful commercial association” with the Games, continued Jordan.

Using the word Games with the words ‘two thousand and twelve’, 2012 or ‘twenty-twelve’ would constitute a breach. So would using one of the aforementioned words with London, medals, sponsors, summer, gold, silver or bronze.

On the surface the London Organising Committee of the Olympic and Paralympic Games (LOCOG) appears to be taking a tough stance on ambush marketing, claimed Jordan. He added, however, that LOCOG will be reluctant to take legal action due to the “broad and woolly” definition of what constitutes a breach of the association’s rule.

“I don’t think LOCOG has the stomach for a fight in front of a judge ... what they clearly want to avoid is an adverse ruling that could open the floodgates to lots of people getting even closer to the Games.”

The media, not LOCOG, is to blame for scaring off non-sponsors from cashing in on the Games, Jordan argued.

Excessive publicity around minor incidents, such as a butcher forced to remove a sausage display in the shape of the Olympic rings, has been “totally disproportionate”, he explained.

“These types of breaches ended up as front page news ... and it’s suited LOCOG [that] there’s been a lot in the press on how draconian the 2006 act is.”

Jordan, who also works with non-sponsors, is advising clients that want to piggyback on the success of the Games to play the patriotism card.

“What you will see here in the UK is a lot of flag waving and products being repackaged in Union Jack livery and there is nothing in those types of campaigns that would fall foul of that legislation,” he said.

Nike is well known for testing the rules on ambush marketing to steal the limelight from competitor Adidas, the official sponsor.

To associate itself with the Games without infringing any LOCOG sponsorship regulations, Nike’s ‘Find Your Greatness’ TV campaign featured scenes from places around the world called London, including East London in South Africa, Little London in Jamaica and London, Ohio in the US.

This is a well-executed and, importantly, legally compliant ambush, according to Jordan.

It seems the tactic has successfully confused consumers into believing Nike is the official sponsor of the Games. An online survey conducted at the end of July found that 37 per cent of US consumers identified Nike as an Olympic sponsor, compared to 24 per cent for Adidas (Toluma Global Omnibus Survey).

Nike also launched an effective ambush marketing campaign at the Beijing Olympics. In 2008, a China market survey revealed that 40 per cent of respondents thought Nike was in fact the official Olympic sponsor.