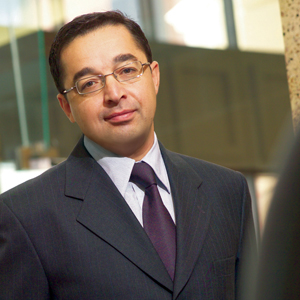 Slater & Gordon’s failed class action against the maker of anti-arthritis drug Vioxx was the main factor leading to a 10.5 per cent profit drop for the law firm.

Slaters, one of Australia’s two listed law firms, saw its profit after tax (NPAT) drop to $25 million in the year to June 30; down from $27.9 million in the previous year.

“While it was very disappointing, I think the important thing to emphasis is it’s very much a once-off situation and certainly not indicative of what’s in the portfolio of cases we have in the future, most of which, in the class action area, are funded by third party litigation funders now,” he said.

The case was lost on appeal in the Full Federal Court in October 2011 and the High Court declined to grant leave to appeal the decision in May.

However, the firm’s normalised profits, which snub out the Vioxx non-cash write-down, rose 15.5 per cent to $33.4 million.

Total revenue was up 19.4 per cent on the previous year to $218 million, with the recently acquired UK firm Russell Jones & Walker adding $12 million to Slaters’ revenue result in the first two months since operation.

Cash flow from operations represented half of the total NPAT for the Australian operations before the Vioxx write-down. This was below the company’s guidance range for the year of 65 to 70 per cent due to billing being weighted to June 2012 more strongly than expected.

“The potential to exploit the Slater & Gordon brand in markets outside personal injuries is still largely untapped,” he said, adding that the firm would look to do work for people who fit within its existing client demographic.

“State ligation, wills, succession planning, wealth protection; all of the areas that are in that sort of rubric … the sorts of legal services that everyday people require through their lives and a few add-ons. For example, we’ve just started developing a criminal defence practice for people with traffic offences and the like.”

When asked for any further comment on allegations over Julia Gillard's departure from Slaters and the firm’s 1995 internal probe into her work, Grech said: “More than enough ink has been spilt on the topic”.

Gillard fronted a marathon press conference last Thursday (August 23) after The Australian issued a three-line apology over allegations it published claiming the Prime Minister had helped set up a union ‘slush’ fund while working as a lawyer 17 years ago.