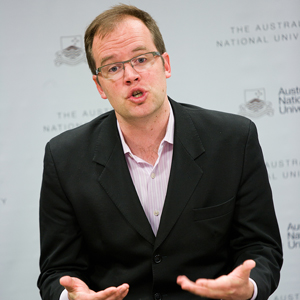 Cashed-up IT companies engaging in “epic patent wars” are preventing the reform of an outdated patent law regime, according to a legal academic.

“Patents have been turned into weapons of war,” he said. “It’s hard to achieve a consensus in terms of patent law reform when the major companies are so split.”

Parliaments and courts must wait for the storm of litigation to pass before attempting to develop cross-jurisdictional laws, which Rimmer believes are necessary given the number of multinationals involved in patent disputes.

“I’m rather gloomy about the prospect of international patent laws with the titans of the IT and communications industry slugging it out,” he said.

The aftermath of the GFC prompted some examination of patent law, Rimmer continued. But, he added, these efforts have come too late, taking a backseat to the disputes between industry heavyweights.

He noted that the 2010 Bilski v Kappos case in the US was one instance where the US Supreme Court took steps to “recalibrate the patent system” by deciding whether business methods are patentable. While the court rejected the Bilski’s claim, Rimmer believes the case shows that debates around patent eligibility are, at the very least, taking place.

Bilski v Kappos was the first case in 29 years in which the court gave a ruling on whether or not a certain patent was valid. The slow-moving nature of patent law is also evident in Australia.

Rimmer referred to the local patent dispute between Apple and Samsung, which has experienced a number of delays, most recently to allow experts time to meet before giving evidence. Judge Annabelle Bennett of the Federal Court of Australia has said she is even willing to hear the case on Christmas Day just to get Samsung’s counter-claim heard.

This behaviour by IT companies has “exasperated judges in Australia and the US”, said Rimmer.

The development of international patent laws is also hindered by what Rimmer describes as the “quirks and peculiarities” of the US system; specifically, the use of a jury to decide patent infringement cases.

Rimmer argued that a jury is not capable of judging patent cases, which can be highly technical and complex.

“Ideally, you need a high level of expertise to make a judgement about patent infringement, and even the world’s finest judges find patent matters difficult,” he said.