Barrister calls for ‘commission of truth’ 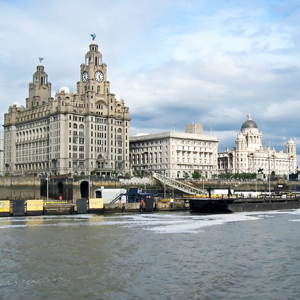 A high-profile UK barrister has called for the formation of an independent commission that can hold authorities to account in the wake of a damning report into the 1989 Hillsborough disaster, which claimed the lives of 96 football fans.

Michael Mansfield QC, who is assisting the families of the victims, told The Guardian that the Hillsborough Independent Panel has acted as a “commission of truth”, an example of the type of permanent fixture needed in the UK’s legal system to prevent future cover ups.

“An independent commission ... that has nothing to do with the authorities, the establishment or the police [meant that] there was no whitewash or fudged report; instead, a hard-hitting solid and evidenced report,” said Mansfield.

“Is this not some precedent for the future?” he added.

His comments follow the release of the Panel’s 400-page report on the human crush that occurred during the FA Cup semi-final tie between Liverpool and Nottingham Forest on 15 April 1989 at the Hillsborough Stadium in Sheffield, England. The report found that senior police officers had mounted a concerted campaign to cover up their errors, altering 164 police statements and removing “unfavourable” comments.

Lawyers representing the families said they will write to Britain’s Attorney-General Dominic Grieve and the Director of Public Prosecutions (DPP) Keir Starmer today (17 September) outlining their demands, which include overturning the original inquest verdicts of accidental death. Grieve is already considering the fresh evidence as he decides whether to apply to the High Court to order new hearings.

Mansfield claimed that the findings were proof that the state could not be trusted to investigate itself. “Effectively they were concocting a public story,” he said.

He urged the DPP to consider charges of manslaughter by gross negligence and attempts to pervert the course of justice. “I think the DPP has to look at everybody’s role in this because it was a massive smear that they hoped would stick,” Mansfield added.

The Hillsborough Independent Panel, which gained access to 450,000 documents that had not previously been released, also reported that 41 of the 96 who died had the “potential to survive”, with these victims found to be still alive after the original inquest cut-off point of 3.15pm.

Barrister calls for ‘commission of truth’