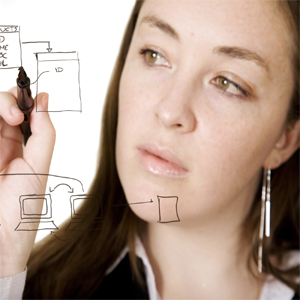 A young lawyer working for the RSPCA and an organisation set up to help young lawyers in regional areas have both received Australian Young Lawyer of the Year Awards.

The Law Council of Australia announced the winners of its annual Awards at the final of the National Golden Gavel Competition, which was held at the Hilton Adelaide Hotel at the conclusion of the day-long Australian Young Lawyers Conference on 21 September.

The individual category was won by the senior legal counsel for the RSPCA in South Australia, Shatha Hamade, and the organisation award was presented to the New South Wales Young Lawyers’ Bushweb Regional Issues Committee.

LCA president Catherine Gale said the Awards demonstrated the high-calibre work young lawyers undertake in the Australian community on a daily basis, at both an individual and organisational level.

First presented in 1999, the Australian Young Lawyer of the Year Award aims to encourage and foster young lawyer organisations to establish programs for the benefit and assistance of the profession and the community, and to recognise the contributions of individual lawyers.

Hamade was recognised for her significant contribution to animal law and welfare in Australia.

“Ms Hamade volunteered her expertise in the area of animal law and welfare as the national co-ordinator of the Barristers’ Animal Welfare Panel, provided pro-bono legal assistance to Humane Research Australia and is a member of the South Australian Government Animal Welfare Advisory Committee and the Animal Law Committee of the Law Society of South Australia,” said Gale.

The Creating Networks pilot program commenced in July 2011 with the establishment of a regional email list of all young lawyers in each of the 29 regional law societies to enable Regional Delegates to communicate to young lawyers in their region.

“The recipients stand as an example to all young lawyers to continue their volunteer contribution,” said Keogh.