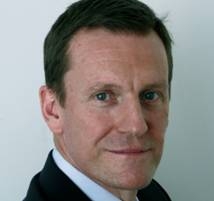 Law firms should look to the “smart, lazy” lawyers within their organisation rather than the CEO when implementing a legal process outsourcing (LPO) strategy, according to a technology expert.

Speaking at The World Masters of Law Firm Management seminar yesterday (11 October), Graham Jefferson (pictured), senior technology lawyer at AdventBalance, said unless firms engage the right people then LPO projects will not get off the ground.

Jefferson suggested that management should steer clear of what he describes as the “fadshionistas”, which is quite often the CEO, who will often pick up any new trend and want to run with it but lose interest after a couple of weeks.

He said that smart, lazy lawyers are able to find “a better way to do things” and are “quite happy for someone else to do the hard work”.

“As it turns out, these are the ones you will want to engage in [LPO] projects because they will have the ideas.”

Jefferson said firms must be wary of “the enthusiasm of the neophyte” when executing an LPO project - people who initially resisted the idea of LPO then suddenly became enthusiastic about it.

“These are often not the best people to manage the projects,” he said.

“Expectation suddenly becomes very high about what can be done and how quickly … you really have to resist that,” he added.

“Once you get engagement within your organisation you then have to step back and even slow it down, because the early success that you’ll hopefully experience will then lead to a desire for much more to be done.

“I think that’s where some projects come off the rails.”

Jefferson warned that early success with LPO often leads to a lot of stuff being pushed out that perhaps isn’t ideal, ending up in a situation where there are things in places where they shouldn’t be.

He also stressed the importance of engaging and being open with lawyers who resist the idea that what they do as a lawyer here in Australia can be done somewhere else.

“For some of the people we are talking about their jobs being taken away because stuff is being moved somewhere else,” he said. “Be open about that; there might be some hard conversations you have to have if your organisation isn’t the right structure and it needs to change.”

Jefferson said conducting proper due diligence with LPO providers is paramount and he believes that management should visit and spend time with off-shore service providers.

“The reason for this is that you end up engaging with the people who are going to be doing the work,” said Jefferson.

“You realise that in most cases they are top-quality, highly-experienced lawyers.

“There is often a danger of thinking that the person you’re dealing with doesn’t fit your particular view of what is a ‘good lawyer’.  You may be making judgements on that person’s legal skills that are completely unjustified.”

He said that creating a strong relationship with these providers can allay concerns and resistance from within the firm about sending the work offshore.

Jefferson also urged management to “get in front of the regulator”.

“I struggle with the idea that there’s a conflict of interest just because I outsource something to a company that happens to be doing some work for the client of another law firm,” he said.

“I think there are some assumptions that need to be challenged.”