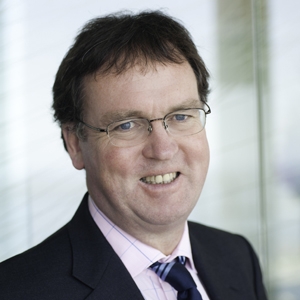 Gilbert + Tobin's managing partner Danny Gilbert has said he is proud of the part played by the firm in helping pull Nine Entertainment back from the brink of receivership.

Gilbert + Tobin's managing partner Danny Gilbert has said he is proud of the part played by the firm in helping pull Nine Entertainment back from the brink of receivership.

The offices of G+T in Sydney provided the venue this week for two days of tense negotiations from which Nine emerged debt free after lenders agreed to a multi-billion dollar debt restructure.

“We have been advising Nine for a long time now, and we’re proud to have been retained and to have played our part,” said Gilbert.

From having more debt than the company was worth, Nine is now debt free.

Although Nine's $3.2 billion debt has been wiped, it is now in the hands of US hedge funds Oaktree Capital and Apollo Global Management, who accepted in principal a 95.5 per cent stake in the company, while the Goldman Sachs-led mezzanine lenders will receive a 4.5 per cent stake valued at $100 million.

“It was touch and go right to the end,” Emmett told Lawyers Weekly.

“We were brokering a deal as to how the group’s [Nine] balance sheet was to be carved up,” he added. “Everyone is very happy to avoid the uncertainty of what receivership could have resulted in.”

The negotiations were close to breaking down right to the 11th hour, to the extent that potential administrators from PPP Advisory were in the corridors of G+T should a deal not have been struck.

During the negotiation, Leon Zwier and Michael Dodge from Arnold Bloch Leibler brokered for Apollo and Oaktree, while John Nestel from Herbert Smith Freehills acted for Goldman Sachs.

“Nine's back.  And back in a huge way with zero debt, which is the best possible news for our stakeholders - Nine's viewers, our clients, our partners and our staff,” David Gyngell, CEO of Nine Entertainment, told reporters on Wednesday, just a few hours after his wife Leila McKinnon gave birth to their first child.

“All those doomsayers out there are going to have to eat their words because we've never had a more powerful balance sheet, which means that we're ready to ... rock 'n' roll for next year,” he added.