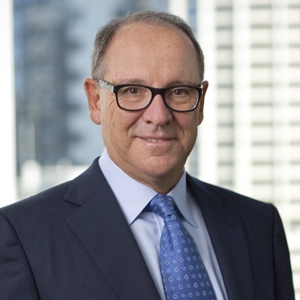 The end to the marathon legal battle involving former James Hardie directors is likely to alter how boards and individual board members conduct themselves, according to legal experts.

Yesterday (12 November), the NSW Court of Appeal handed down its judgment over the long-running James Hardie saga, reducing the penalties imposed by the High Court in May on the seven former non-executive directors involved.

The directors, who misled investors about the company’s asbestos compensation fund in 2001, have been fined $25,000 each and disqualified from serving on boards for two years.

After leaving court yesterday, Kemp Strang partner Alex Linden (pictured), who acted for Peter Willcox, told Lawyers Weekly that the importance of comments made by Justice Barrett about board conduct far outweighed that of the penalties imposed.

Justice Barrett stated that “collegiate conduct leading to consensual decision making” - such as the chair saying ‘I think we are all agreed on that’ - is “dangerous unless supplemented by appropriate formality”.

Linden explained that now each director must vote in such a way that enables a specific and accurate recording of their particular position in relation to proposed resolutions.

“I think this will have an effect on the dynamics of boards,” said Linden. “Directors will now need to actively come to a decision, not by way of consensus, but individually, and the minutes will need to record that,” he added.

“One clear implication is that the individual positions of board members will need to be clearly communicated and recorded in the minutes, to avoid the decision-making process being generally swept up and documented as a collective view,” he said.

Baker & McKenzie partner James Halliday agreed, stating that the decision shows that “simply voting on a consensus basis is a high-risk strategy”.

“The Court reiterated that the purpose of a board meeting is not to reach a consensus at all costs.  Rather, individual board members must form their own views on the issues and communicate these clearly to the board. The courts will not excuse a failure to exercise independent judgment on important issues,” said Halliday.

Justice Barrett also clarified that directors must expressly consent to the use of technology to facilitate remote attendance at board meetings, and this technology must be sufficient to allow full participation in the meeting by the remote attendees, which would include reviewing any documents that may be tabled at a meeting.

“It is interesting that the Court decided that the US-based directors should have a somewhat shorter period of disqualification then that of the Australian directors,” said Halliday.

The US-based directors, Michael Gillfillan and Martin Koffel, were given lighter sentences of a $20,000 fine and a ban until 31 December, compared with the Australian-based directors, who were fined $25,000 each and disqualified from serving on boards until 30 April next year.

“This was principally because they [the US-based directors] did not have the text of the draft ASX announcement in front of them when they voted to approve it because they joined the meeting by telephone,” said Halliday.

Van Brakel added that, while the penalties were reduced in this ruling, there were findings that the non-executive directors had made a “glaring failure to discharge their responsibilities” by approving a release without properly considering whether the representations could properly be made in view of the material presented to the board at that meeting and on previous occasions.

Linden revealed that in the NSW Court of Appeal there was liaising between the various legal teams representing the seven non-executive directors.

“Yes, there was definitely communication, but only to the extent of what the various parties arguments were,” said Linden. “At the end of the day, each party made their own submissions independently.

The same cast of lawyers involved in the High Court in May were back in court yesterday, with some minor personnel changes in counsel.

Leading the Clayton Utz team that acted for ASIC was Brigitte Markovic, the head of the firm's litigation and dispute resolution practice, with Tony Bannon SC and Sarah Pritchard instructed.

The other three non-executive directors of James Hardie were represented by Arnold Bloch Leibler (APL), Kemp Strang and Ashurst.