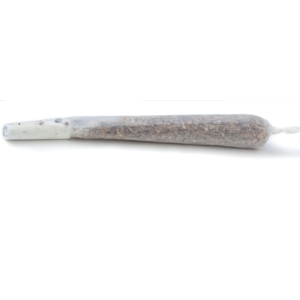 A leading criminal lawyer has said the arrest of the man behind synthetic cannabis product Kronic will do little to discourage suppliers of the drug from finding ways around the law banning it from Australian shelves.

A leading criminal lawyer has said the arrest of the man behind synthetic cannabis product Kronic will do little to discourage suppliers of the drug from finding ways around the law banning it from Australian shelves.

New Zealander Matthew Wielenga was arrested in Melbourne last week after he was allegedly found with more than 100kg of Kronic and 1kg of white powder, reported to be synthetic cocaine.

Wielenga appeared in a Melbourne court on Monday (10 December) on trafficking charges.

A Melbourne-based criminal lawyer, who does not wish to be named, told Lawyers Weekly that last year’s ban on synthetic cannabis has failed to stop its sale, as suppliers have circumvented the law by reformulating brands.

“The law is really following the event in relation to these synthetic drugs,” he said. “Other substances, such as party drug GHB, were legal for a short period before the legislator moved quickly to make an amendment to the regulations to prohibit their sale.”

The lawyer added that these drugs continue to evolve, with manufacturers changing the chemical structure to make forensic examination difficult.

Despite the ban, reformulated brands using chemicals that are not on the banned list have continued to appear on shelves in “legal high” stores, tobacconists and sex shops.

“With different variations of the drugs arriving, mostly from overseas, it’s very hard for the law to keep pace … the law seems to be always one step behind,” said the lawyer, who described it as a growing problem and “a conundrum the law can’t deal with”.

Greg Barns, a barrister at Michael Kirby Chambers in Hobart, appeared for Wielenga at Melbourne Magistrates’ Court on Monday.

When contacted by Lawyers Weekly, Barns said he was unable to comment on the case at the present time.

It has been reported that the alleged drugs are yet to be analysed and that Wielenga made no admissions while in court.

As a result, it is yet to be determined whether the elements of substances found fall within the substances banned by Victorian law.

Wielenga, who is the director of the Lightyears Ahead business based in Auckland, was granted bail on $100,000 surety and is to reappear in court in March.