Home/
News/
It pays to be a male law grad

It pays to be a male law grad 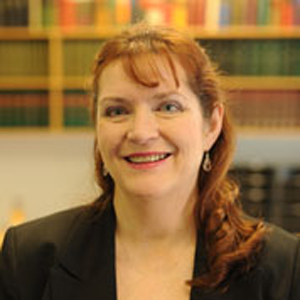 The 2012 GradStats Report by Graduate Careers Australia has revealed that the starting salary of male law graduates is around $4300 higher than female law graduates, which is almost a doubling of the $2000 disparity recorded in 2011.

Claire Humble (pictured), the justice committee chair of Victorian Women Lawyers, told Lawyers Weekly there is “absolutely no basis” for women to earn less than men, particularly at the entry level of the legal profession. Humble, who mentors graduates at the Leo Cussen Centre for Law in Melbourne, revealed that her female students often do as well, if not better, than male students and tend to be more service oriented than their male counterparts.

“The law is becoming increasingly service driven and, in my experience, women often better understand how to service a client ... they understand [the importance of] empathy,” she said.

“They are often the top prize winners,” she told Lawyers Weekly. “It’s arguable they mature earlier, get high marks and do brilliantly at law ... firms and government bodies know this very well and pick up these young women with great enthusiasm.”

But accolades are not reflected in the salaries of female graduates, said Humble. She points to her own experience of starting work at a male-dominated firm where she was openly told that she would earn $5000 less per year than her male colleagues, “even though we were established staff with a proven track record”.

She claimed the small percentage of women in leadership positions is also contributing to the pay disparity. “With few women at the top, it’s difficult to influence change.”

Bridging the pay gap between the sexes relies on the work of legal industry bodies, such as law institutes; the growing number of male supporters of equal pay, and further research into lawyer salaries, according to Humble. “A multi-pronged attack is needed to make a difference.”

Humble added that women must also be more assertive when applying for roles and negotiating pay packets.

The 2012 GradStats Report ranked law third, behind architecture & building and dentistry, as an occupational area that had the most pronounced gender pay gap for graduates. Of the 23 occupations covered, there were seven where female graduates earned slightly more than men, including computer scientists, earth scientists, pharmacists and engineers.

Only three occupational categories – education, humanities and medicine – had no gender pay gap in starting salaries.

It pays to be a male law grad