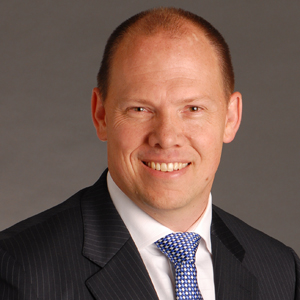 Platt was a partner at DLA Piper in Sydney for 13 years and the head of the intellectual property team prior to her departure. Lloyd is an M&A and private equity specialist, and was previously a partner at Bakers for seven years.

His departure from Bakers comes hot on the heels of the announcement earlier in the week that the global giants had lost Andrew Christopher to the boutique regulatory and telecommunications practice Webb Henderson.

Webb Henderson has offices in Sydney, Auckland, Singapore and London.

Speaking to Lawyers Weekly, Lloyd said his departure and that of Christopher in the same week does not indicate Bakers’ Australian partnership has itchy feet.

“I don’t know anything about other partners,” he said of his former firm. “I was looking to move to a firm that focused on this part of the market and it was just a really good opportunity for me.”

Lloyd said his practice will focus on the middle market.

In addition to Lloyd and Christopher, Bakers lost its Sydney-based global head of private equity, Mark McNamara, in October. He now heads the private equity group at King & Wood Mallesons.

Platt also told Lawyers Weekly that her decision to move was not related to any internal ructions at her old firm.

“I had left the firm when that came to pass,” she said. “Like Hal, this is a great opportunity to join a new firm that is committed to growth.”

Sparke Helmore has aggressively sought to branch out from its core areas of government and insurance work over the past year.

In early 2012, Nick Humphrey left his role as the Australian head of the private equity group at Norton Rose to lead Sparkes’ national corporate group.

Platt added that national and boutique firms are in a position to profit from the surfeit of recent international mergers.

“I actually think being a national firm opens up a whole independent network worldwide,” she said. “There are a lot of opportunities in the Asian region and in Europe and I see us as being very well positioned to partner with our clients to achieve those objectives in those regions utilising that independent network.”