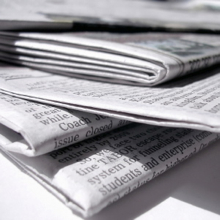 "It's time to drive down law firm rates," says the general counsel of the Financial Times. The lawyer has challenged the reasonableness of the assumption of what private practice lawyers should earn.

"It's time to drive down law firm rates," says the general counsel of the Financial Times, Tim Bratton. The lawyer has challenged the reasonableness of the assumption of what private practice lawyers 'should' earn.

In an article published in Legal Week, Bratton has questioned the money paid to Big Law firms, challenging the assumption in the legal marketplace about the normal levels of compensation payable.

"I wonder if in-house lawyers are wasting our time focusing on the hourly rate model. I wonder if instead we should be spending our time focusing on the reasonableness of the assumptions which exist in the marketplace about what private practice lawyers 'should' earn.  But we don't, because market norms exist which make it abnormal to challenge such assumptions," Bratton writes.

Instead of attacking the hourly rate, Bratton says the £300 it costs to get an hour's time of someone who has about four or five years' experience will also buy you a year's subscription to FT.com, where you can "read as much of this expertise as you like for a whole, entire, year.

"In-house lawyers don't much like the hourly rate model.  There are of course plenty of alternatives to it these days but most of those alternatives are still priced on a 'time spent' basis with the spectre of the hourly rate lurking in the background. Law firm business models require a certain amount of money to be generated by a certain amount of time spent in order to fund the high compensation packages."

But Bratton's case is not just by reference to the hourly rate. He questions instead "the irrational assumption that it is acceptable for clients to help their lawyers become millionaires".

Bratton says he is not asking the high end of the legal profession to adopt "some kind of Marxist ideology". He is challenging the assumptions about what lawyers should be paid, what is normal.