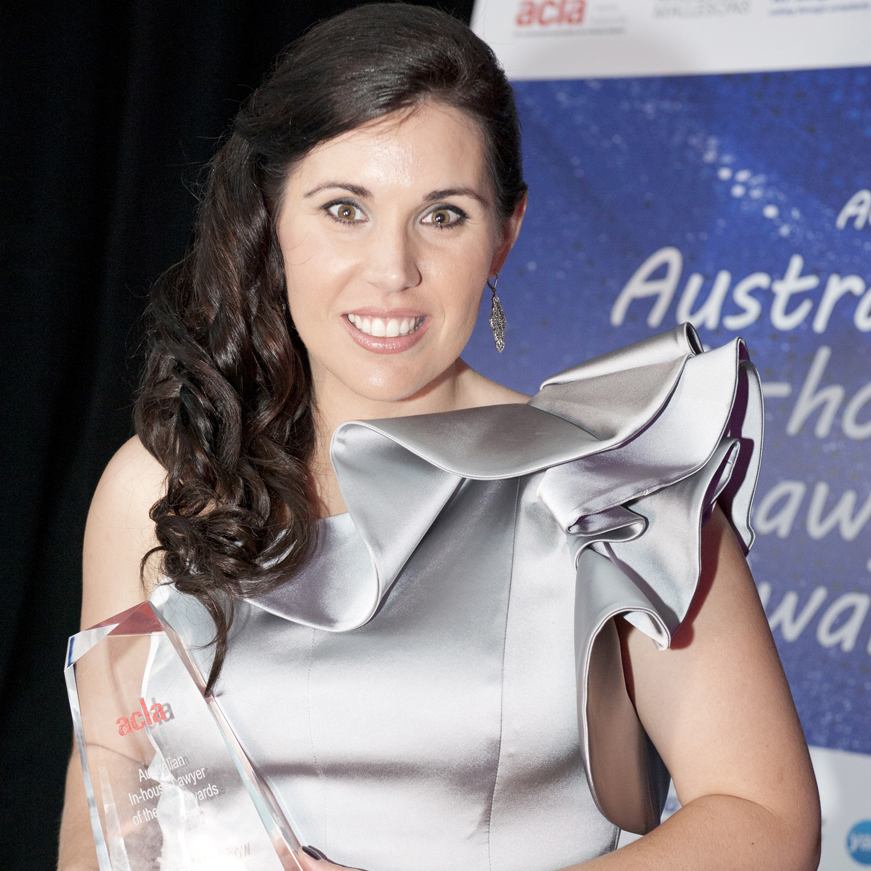 When she’s not busy advising the Commonwealth on its intellectual property rights, the winner of this year’s ACLA Young Lawyer Achiever Award is managing some of Australia’s best athletes.

When she’s not busy advising the Commonwealth on its intellectual property rights, the winner of this year’s ACLA Young Lawyer Achiever Award is managing some of Australia’s best athletes.

The Commonwealth department of Industry, Innovation, Science, Research and Tertiary Education is a huge place. It distributes publications for industry, community and universities on everything from pharmaceuticals to the internet, careers to construction codes. It includes initiatives like Aus Industry and its many diverse programs, as well as Questacon, with all its site expeditions and knowledge.

As in-house counsel to the department for more than four years, Muchow had to delve into new areas of law. When the Attorney-General’s department issued a directive that all government agencies have an IP policy in place by 2010-11, Muchow helped undertake stakeholder forums with everyone in the department as to what kind of IP they hold and want to protect.

She was instrumental in drafting the department’s IP policies, including the outsourcing of specialised work.

“The IP policy is about making sure that when we enter into agreements with external parties we need to be thinking from a Commonwealth perspective: ‘is it necessary for the Commonwealth to hold this IP or should it be shared for the greater good of the community?’ So we have to look at changing all of our standard form contracts to make sure they allow for that option to be in place,” explained Muchow.

The Government is also, under the Cutler report, moving towards a creative commons system, which involves a range of licensing issues. Muchow had to investigate how creative commons licences, traditionally used by artists, would affect Commonwealth IP.

The Commonwealth’s default position is that its IP be under creative commons by attribution, said Muchow, and Queensland University of Technology helped to train the department in its usage specific to the Commonwealth.

The department has helped keep Muchow up to speed with the latest in IP, consumer and protection law by sponsoring her Masters of Laws, which she completed last year, and where she came top of her class in IP.

Her role, as of August this year, is director (business support and certification) on the Australian Building Codes Board (ABCB), which also falls under the auspices of the department.

She has been helping to finalise the transfer of the Watermark Certification Scheme (WSC) from industry to the ABCB, which was a COAG directive and will impact broadly on the plumbing industry.

“That’s been an 18-month process we’ve been going through with the parties, and then we’ll be undertaking a review in-house of the certification mark and looking at what we can do with that,” she said.

Deputy general manager of the ABCA, Mike Balch, said Muchow’s conduct and commitment to the transfer of the WCS has been “unwavering and of the highest standard”.

Variety is the spice they say and it’s one thing Muchow finds both challenging and exciting in her job. As if there’s not enough to do in the department, she fills her out-of-work hours by studying elite-level sporting contracts, liaising with sponsors and updating athletes on their drug-testing obligations.

Following in Jerry Maguire’s footsteps, Muchow set up Motion Athlete Management in 2008 when she saw a gap in the market to manage and assist athletes.

From swimmers to surfers, boxers, golfers and rugby union players, she has since helped grassroots, professional, Olympic and World Champion athletes understand their drug-testing, media and commercial dealings, all on a pro bono basis.

Australia’s best breaststroke swimmer, Christian Sprenger, said Muchow’s professionalism towards his sponsors and university allowed him to focus on what he does best: swimming.

“Her countless hours spent promoting my brand showed me, not only that she cared, but that she believed in what I could become. She has spent her own money to follow my tracks around the country and is always there to support me through my journey of highs and lows, and has never asked for anything in return,” he said in a reference for Muchow for the ACLA Award.

Sprenger won silver at the London Olympics this year and, while Muchow wasn’t there to watch him, she is aiming for Rio 2016, which she said will be Sprenger’s last Olympics.

“It keeps me very busy; I’ve been away the last four weekends, he’s just signed with Speedo,” she said.

“Marisa genuinely loves to help people and in this day and age that is refreshing, and I’m very lucky to have her in my corner,” he said.

Muchow previously managed 10 athletes but has cut back to three to better balance her workload.

Her legal background has been a huge help in athlete management but she said she does it for love.

“I could talk for hours about this,” she said.