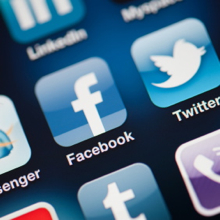 The outcome of a recent legal case has spurred a law firm to release a raft of products to help clients manage risk associated with social networking.

THE outcome of a recent Fair Work Australia case has spurred a law firm to release a raft of products to help clients manage risk associated with social networking.

In the case, Glen Stutsel v Linfox Australia (Dec 11), FWA reinstated the employment of an employee who had been dismissed for making comments about his managers on Facebook.

Law firm BlandsLaw has developed a suite of social media policy products to assist companies manage social media risk. The firm says its regular use of social media, and its expertise in workplace and commercial law positions it to advise on the risks associated with Facebook, Twitter, LinkedIn and other sites.

Policies should be comprehensive and tailored to the work place in order to be relied upon in a court case, the firm said.

"Social media is integrated into the way we do business, not just used as an add on or marketing afterthought."

Australians are among the largest consumers of social media worldwide with nearly 11 million users on Facebook as of December 2011, according to socialmedianews.com.au.

Facebook posts and the general use of social networking sites by individuals to display their displeasure with employers, employees and coworkers are becoming common, the law firm said.

The firm said even a business that doesn’t make use of social media for recruiting or branding purposes can be affected by what others post about it, including their own employees. It said that unless employees have clear guidance to tell them what type of social media posting is acceptable and what is not, they may think they have free reign to post whatever they want, including information about the company.

Risks include leaking of confidential information, often inadvertently, and bringing the company into disrepute. There's the likelihood of unfair dismissal claims and public airings of employee grievances, ambiguity regarding ownership of social media accounts and the adverse impact on brand reputation, the law firm said.

The social media policy products have been separately branded under the MySocialPolicy identity and more detailed information can be found at http://mysocialpolicy.com.au