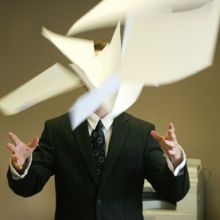 Unscrupulous law firms preying on young people desperate to get a job at a law firm are under the spotlight of new investigations into internships, work experiences and trial work.

Unscrupulous law firms preying on young people desperate to get a job at a law firm are under the spotlight of new investigations into internships, work experiences and trial work.

The Fair Work Ombudsman is teaming with two leading academics at the University of Adelaide to identify opportunities for increasing public awareness about laws relating to unpaid work.

University of Adelaide Law School academics Andrew Stewart and Rosemary Owens will undertake a research project into unpaid work arrangements. Both are leading researchers in the field of labour law.

The law will likely be targeted as a common area for this type of work. A report in Adelaide Now says law students undertaking unpaid clerkships at smaller firms are common, while students perform the same work for pay at some large firms.

“Young people are looking for that first break into a career and people tell them the best way to do that is to work for nothing for a while,” Giles told Adelaide Now.

SA Law Society president Ralph Bonig said that he believes there was no legal obligation for law firms to pay students undertaking clerkships. But he encouraged employers to do so.

The academics will investigate the range, nature and prevalence of unpaid work arrangements in Australia and will examine international best practice for dealing with these arrangements. Industry groups, unions, government and non-government bodies, universities and schools are expected to be targeted.

Fair Work Ombudsman Nicholas Wilson says the project will help to inform his Agency’s education and compliance processes in relation to the issue of unpaid work arrangements.

“We want to make sure we are doing everything within our power to ensure the relevant workplace participants are aware of laws relating to unpaid work arrangements,” he said.

“A basic principle of workplace laws that business operators can overlook when considering taking on an unpaid intern is that generally when a person performs work for a business, they are lawfully entitled to be paid for it.

“While there are some legitimate internship arrangements available, business operators who view unpaid interns as a source of free labour are at the greatest risk of breaching workplace laws.”

A fact sheet on workplace laws relating to internships, vocational placements and unpaid work is available for free download at the Fair Work Ombudsman’s website www.fairwork.gov.au.