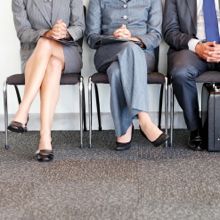 A former trainee solicitor in DLA Piper has lost his job after he was found guilty of making homophobic remarks and pushing two students.

A former trainee solicitor in DLA Piper’s Edinburgh office has lost his job after he was found guilty of making homophobic remarks and pushing two students.

Bruce Mangeon-Fairweather denied the charges, and said he was the victim of a plot to “ruin” his legal career.

A sheriff said the trainee solicitor approached a group of students outside the Aberdeen Exodus nightclub, according to a Press and Journal report. He then proceeded to call one student who he identified as gay “disgusting” and a “poof”, Roll on Friday, the UK legal gossip site, reports.

He then punched the student and pushed over a female student who attempted to protect the man.

Mangeon-Fairweather started his training at DLA Piper in August 2011. He told the court that his conversation with the students was just “banter”.

But the sheriff found him guilty of the crimes and said he did not believe Mangeon-Fairweather’s version of events.

The trainee solicitor was found guilty and he now awaits sentencing. Meanwhile, Roll on Friday reports, a DLA Piper spokesperson said “Bruce Mangeon-Fairweather is no longer employed by DLA Piper”.