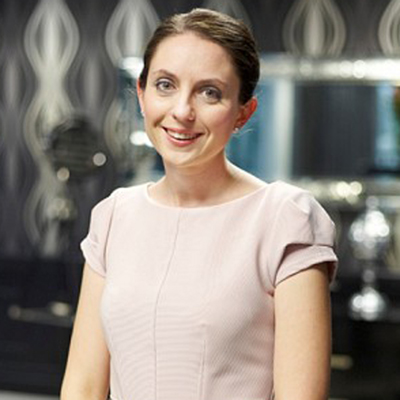 She said lawyers who aren’t keen on working for a big firm and opt to be a sole practitioner face problems as they can’t provide the full fleet of services to their key clients.

“We’re trying to offer lawyers consulting arrangements with us where we don’t hold a permanent, fixed workforce of say 150 lawyers but, for key speciality areas, we have consultants that we have agreements with that we can tap into,” she told Lawyers Weekly, adding that this would not mean redundancies in the firm’s existing workforce.

Celebrating its 15-year anniversary this week, Hynes has grown to be competitive with “big firms” in the Brisbane market, said Vidler, though it remains a boutique, corporate-focused firm with no plans to expand outside its offices in Brisbane and Sydney.

“It’s really the next five years where we’re really going to make our big mark: around technology-enabled efficiencies; through flexible workforces; by outsourcing our non-core business support and legal services, and using fixed and flexible pricing models,” said Vidler.

Hynes currently has uses a business process outsourcing unit in the Philippines called Diversify BPO which looks after Hynes’ level-one IT support. Vidler’s marketing coordinator sits in Manila at Diversify BPO, as do all her word-processing operators.

“We have well and truly moved to that model and it’s working very successfully and the cost savings are one of the largest drivers, which I’m sure they are for everyone who moves down this path,” she said, adding that Hynes regularly brings people from Diversify BPO to Australia for face-to-face training.

Ready for the job

Vidler has only been in the role for four weeks. She started officially on 8 October, having taken more than 18 months off after having a baby girl.

Prior to this she spent five years at DibbsBarker, working on the firm’s financial and operational integration across the country.

“At the end of that, and being pregnant, I decided it was a good time to opt out and take a break..  I’ve been working solidly my entire career and thought if any times good for a career break its now,” said Vidler.

About 12 months ago she started keeping an eye out for roles, before the Hynes CEO role came up.

“The reality is, good roles in this sort of space don’t come up very often,” she said.

Vidler now has the ultimate decision-making power within the firm; the partners report to her and she reports to the board.

“I think it will really allow me to have much more control over our strategy and direction and direct the partners down a path,” she said.

Vidler holds a commerce degree and, with a background in accounting, her experience in “living and breathing law” for many years – previously she worked as a consultant for King & Wood Mallesons and PwC –means lawyers generally accept that she’s not a technical lawyer, she said.

Vidler said she understands now the challenges women face in going back to work after having a child, but added she’s not concerned about the lack of women in senior management positions.

“For some women to go back to work in a high-level role, full-time, is just not the right decision for them at that stage in their career … I try not to think of it as a gender inequity issue but more as people making different life decisions at different stages of their career,” she said, adding that she is lucky to have both her and her partner’s parents living close-by and available to mind her children.