Home/
News/
Leaving on the cheap

Leaving on the cheap 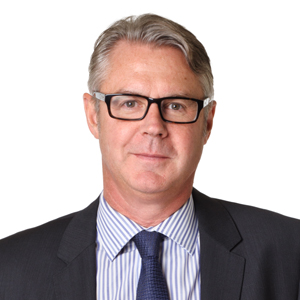 Corrs Chambers Westgarth has lost another senior partner, with its Melbourne head joining a firm that charges clients less.

Andrew Pitney (pictured) has left Corrs after 11 years as a partner, the last three of which saw him balance his personal construction and infrastructure practice with responsibilities as the managing partner of the firm’s Melbourne office.

Pitney has left Corrs to join HWL Ebsworth. He said that prior to his move he was being pressured by clients over fees, and that from day one at Ebsworth his charge-out rates will be reduced.

“[Ebsworth has] given the market what it wants,” he said. “Which is a large law firm with great practitioners, providing great quality for significantly lower prices.”

Pitney is the seventh partner to leave Corrs in less than one month.

His sentiments echo those of Andrew Galvin, who left Corrs to join Ebsworth in February.

“Clients in the financial services sector have cost pressures, and I don’t see that changing anytime soon,” said Galvin when speaking to Lawyers Weekly about his departure from Corrs after 13 years as a partner. “My rates are lower [at Ebsworth] and if you can’t beat them, join them.”

Airing of grievances
Lawyers Weekly has spoken to three partners that have departed Corrs in the last month. While none of them have personally criticised the firm’s CEO John Denton, tensions within the partnership regarding strategy and conflicts have been laid bare.

“[Joining Ebsworth] was an opportunity to have a free run of the market relatively free of conflict,” said Pitney.

Pitney took the opportunity to move to a firm where his areas of practice in construction are of elevated importance compared to Corrs.

Corrs, like many large firms in the market, tends to divert more resources into M&A, banking and finance and litigation, when compared to many other practice groups. However, lawyers in those practice areas at Corrs have also been unhappy that the firm does not have more of a transactional focus.

Last month, Corrs lost three partners to Johnson Winter & Slattery (JWS), with one of those defecting partners, Jeremy Davis, criticising Corrs for “trying to be everything for everyone” when speaking to Lawyers Weekly.

“Some of the banking guys might have left because a few others in that area have left in the last few months,” said Davis, who left Corrs to join JWS with fellow partners James Rozsa and Byron Koster.

“A global offering presents new opportunities in a competitive market and we can also tap into [Norton Rose’s] global networks and contacts,” said Lewis when talking to Lawyers Weekly last month.

Despite the haemorrhaging of partners from Corrs and departing partners openly questioning its strategy, Pitney told Lawyers Weekly there was no mood within the Corrs partnership to oust Denton as its head.

“I believe John Denton does have the support of the partnership, and I am not aware of any general discontent,” he said.

Pitney also answered with an unequivocal "no" when asked if the partnership was unhappy that Corrs had not entered into an international merger.

In a statement to Lawyers Weekly, John Denton described Pitney as “one of the legal profession's gentlemen”.

Pitney does not officially commence his role with HWL Ebsworth until late April, however, he has already spent a few days this week working in the firm’s Melbourne office.

For a full interview with John Denton, including his response to whether he believes he still has the support of the firm’s partnership, see Lawyers Weekly magazine on Friday, 19 April.

Leaving on the cheap