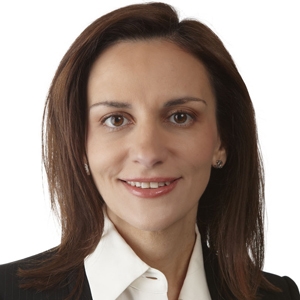 A record number of lawyers took part in a Lawyers Weekly poll that found the legal profession is split between those who love their work and those who want to leave the law.

More than 1000 lawyers responded to the question The main reason I am still a lawyer is because? Most said they either love what they do and who they work with (31%) or want to leave and are waiting for the right time to move (30%).

Lisa Gazis (pictured), managing director of Mahlab Recruitment, told Lawyers Weekly that, for many lawyers, being offered stimulating and interesting legal work outweighs the downsides of working in a stressful environment.

“Law can be quite pressured, but it doesn’t negate [the fact] that a lot of lawyers do enjoy what they do ... there are a lot of pluses,” she said. But for other lawyers, the pressures are too great, she added.

Gazis claimed the current economic climate is forcing lawyers to work harder than ever. Work pressures are compounded by job insecurity caused by the legal industry’s constant state of flux.

Gazis cited a number of other reasons lawyers are looking for a career change, including the desire for a new challenge or better work-life balance in a more relaxed work environment. She added that most people aren’t wedded to one career for life and lawyers, in particular, are opportunistic.

Joe Catanzariti (pictured below), the current head of the Law Council of Australia (LCA), recently quit private practice to take a position as vice president of the Fair Work Commission. He singled out unmet expectations as one of the top reasons lawyers are leaving the profession, and blamed television programs for painting an unrealistic picture of private practice.

“When you go to law school you never contemplate that you’re actually going to be almost like production workers because you have billable units,” he said. “In most cases, you’re doing something quite different to what you thought you were going to be doing.”

Most of the existing research on why lawyers leave the profession is anecdotal, continued Catanzariti, which prompted the LCA to launch a new study this week (6 May). The National Attrition and Reengagement Study aims to obtain qualitative data that will shed light on trends in the progression and attrition rate of female lawyers.

The Lawyers Weekly poll also found that 23 per cent of lawyers have remained in the profession because ‘it’s all I know’. Catanzariti criticised these individuals for undervaluing a law degree.

“It’s a stupid assumption to say ‘that’s all I know’ ... law is a great degree if you approach it in a way that it doesn’t mean you actually have to work in private practice or the public sector,” he said.

The remaining respondents (16%) said salary was keeping them in the law.

Gazis said that, in her experience as a recruiter, salary only becomes an important factor if “everything else is not right”, such as the work environment, the quality of work, and training and development opportunities.

“No one wants a lot of money and to be miserable every day or feel they’re treading water every day,” she added.