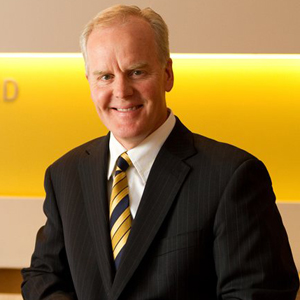 Victoria’s legal services commissioner told Lawyers Weekly he will invoke provisions of the Legal Profession Act that impose jail terms to protect the reputation of the profession, after a former Melbourne solicitor was sentenced to nine months in jail and fined $13,000.

Victoria’s legal services commissioner told Lawyers Weekly he will invoke provisions of the Legal Profession Act that impose jail terms to protect the reputation of the profession, after a former Melbourne solicitor was sentenced to nine months in jail and fined $13,000.

Former lawyer Anthony Coleman pleaded guilty to nine charges in the Melbourne Magistrates’ Court this week (14 May), including illegally using the property of a law practice and failing to cooperate with the receiver of his former practice, Coleman Lawyers.

Commissioner Michael McGarvie (pictured) revealed that it is the first time since the Act was introduced in 2005 that the Legal Services Board has used provisions that relate to participating in a law firm after a receiver has been appointed to it. He said this type of case is unusual because there are relatively few receiverships each year and it was “most unusual” that a lawyer would risk facing severe penalties for one of the most serious offences under the Act.

“No one is allowed to stop a court-appointed receiver from doing their job and powerful provisions will be used to protect the public and the reputation of the profession,” he said, adding that the Magistrate had told Coleman that if he had not pleaded guilty he would have been sent straight to prison.

Coleman Lawyers was put into receivership in 2011 due to “serious financial irregularities in the running of the law practice”, the Commissioner revealed.

Coleman did not re-apply for a practising certificate after 30 June 2011. However, the Legal Services Board discovered that he unlawfully retained legal files from his former law practice and sought to continue to act in these matters in conjunction with licensed practitioners.

The maximum penalty for each unauthorised dealing with property of a law practice, either immediately before or after the appointment of a receiver, is five years’ imprisonment.

The Office of Public Prosecutions, Victoria Police and the Legal Services Board decided that the Board would prosecute the matter because of the specific provisions under the Legal Profession Act that relate to interfering with the property of a law practice after the appointment of a receiver, said McGarvie. He explained that in the course of appointing a receiver, the Board obtained evidence that made it the best-placed authority to prosecute Coleman.

“[The Board] obtained a significant amount of knowledge relating to the conduct of the practitioner and that meant it was more efficient for the Board to be the prosecuting agency rather than one of the other agencies having to start again,” he said.

He clarified, however, that in most cases the relevant legislation will dictate which agency undertakes a prosecution.

Coleman’s sentence was suspended for 18 months and he was ordered to pay $20,000 in costs to the Legal Services Board.