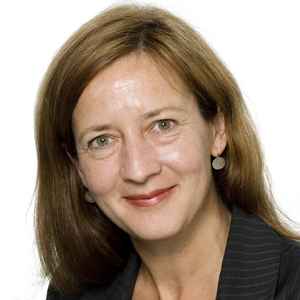 Gadens Lawyers in Sydney held an event at its offices to celebrate National Reconciliation Week and launch its second Reconciliation Action Plan last night (30 May).

The firm does a lot of work with indigenous communities and, through the CareerTrackers program, currently has two indigenous law students undertaking an internship in its Sydney office.

Rosemary Tabuai and Clark Donovan are the first interns Gadens has taken on through the CareerTrackers program.

“They’re fantastic ... Clark is very early in his degree and Rosemary is a little bit further through ... as far as I know we really want them to stay on and feel welcome here as long as possible,” said Jodie Wauchope (pictured), the firm’s pro bono coordinator and a senior associate in the planning, environment and local government practice group in the firm’s Sydney office.

Tabuai, who is of Torres Strait Islander descent, was also able to use her connections to provide some of the entertainment at last night’s event.

“Tabuai organised a Torres Strait Islander dance group that she’s involved in to come and perform for us [at the event],” revealed Wauchope.

The celebration was attended by around 120 people, including clients, community groups, staff and other guests of the firm.

Lawyers from Gadens have taken part in a number of projects involving indigenous communities in the past 12 months. One of its biggest projects is its engagement with a small community in Lilla in the remote Northern Territory.

The community re-opened its school, which had been closed, in 2011, and Gadens helped by providing funds to buy a food van for the school.

“We bought a painting from a local artist and the funds from that painting went towards purchasing the food van ... and that was the beginning of our engagement with that community,” said Wauchope.

Since then, the firm has also sent eight lawyers to the community on a ‘cultural exchange’ where they learnt about the community and school.

“[They also] worked with the schoolkids to make a school song, both in English and Luritja (the indigenous language),” explained Wauchope.

The firm then brought eight adults and 10 children from the community, as a reward for good school attendance, to Sydney at the end of last year. As well as visiting the sights and taking a dip in the ocean – something most had never had the opportunity to do before – the students were also able to record the song they had written with the lawyers during their ‘cultural exchange’.

One of the three key areas of focus in the firm’s pro bono program is indigenous communities (the other two are emerging artists and rural communities) and it does a lot of work with the Arts Law Centre (ALC).

“[The ALC] drafts and prepares wills for indigenous artists [through its ‘Artists in the Black’ program] ... [and] goes out to the communities the artists work in. We’ve sent solicitors on three trips with the ALC to remote communities,” explained Wauchope.

“Wills head off disputes [and] address things like where the artist wishes to be buried - that’s one of the largest causes of disputes in indigenous communities between families.

“They also deal with things like copyright and licensing of the artist’s work.”

“We’re [also] working with the ALC to provide a service for all members of the ALC across Australia to help them register their contracts under the Public Properties Securities register ... we’re designing a registration system to assist and undertake all the registration for the arts centres and we’re hoping to launch that later this year,” added Wauchope.

It’s been a week of celebration for Wauchope, who received a Pro Bono Award from the ALC, alongside Gadens partner Brendan Hoffmann and a number of other recipients, on Wednesday night.