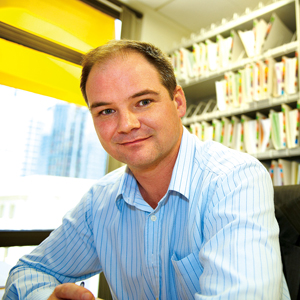 Strong female leadership, the type of work it does and flexible work arrangements are among the reasons Queensland law firm Trilby Misso's workforce is majority female.

Strong female leadership, the type of work it does and flexible work arrangements are among the reasons Queensland law firm Trilby Misso's workforce is majority female.

Michael Broughton (pictured), the firm’s acting general manager, revealed that 83 per cent of its 170-person-strong workforce is female, with half the management team being women.

“I think that [significant female workforce] has come about because of the work we do and the way we structure our business,” he told Lawyers Weekly.

Broughton said he thought these reporting requirements were “great” for the promotion of diversity, but added: “We have probably been a little bit fortunate in that we’ve attracted females to the type of work we do and a number of those females in senior positions have come through the ranks; they’ve started in junior roles and they’ve been with us for a long period of time.

“[Also], half our clients are female, so when we recruit we need to take that into account.”

Broughton also revealed that 25 to 30 per cent of the firm’s staff have working-from-home arrangements.

“We have a number of staff who are returning from having children and they’re working in all sorts of arrangements.

“Those opportunities are available for everyone but people with young families take them up the most,” he added.

The law firm’s general manager is also female; Lisa Rennie is on sabbatical until July.

Broughton said he believes that strong leadership in the firm is key to its successful promotion of diversity: “It’s helped that we’ve had strong females in our executive group, and a lot of them have been through the process of having children, and we’ve all dealt with staff who’ve had children and who have taken advantage of [flexible-working] arrangements.”

However, Broughton did admit that it is easier for a personal-injuries firm like Trilby Misso, which has eight offices throughout southeast Queensland, to implement flexible-work arrangements that promote diversity than it would be for firms in some other practice areas.

“I think it’s an area of law where you have more control over the process; there are certain aspects of [personal injury] claims that do require urgency, but they don’t require the ... all nighters etc, which I presume you get with some of those big M&A firms.

“So I think the diversity we’ve got is reflective of the type of work we do.”