Home/
News/
Globals get the gong

Globals get the gong 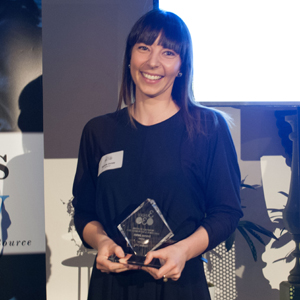 International law firms only had one clean sweep at the inaugural Lawyers Weekly 30 Under 30 Awards, and it is not the one you would necessarily guess.

International law firms only had one clean sweep at the inaugural Lawyers Weekly 30 Under 30 Awards, and it is not the one you would necessarily guess.

Rohan Doyle, from Herbert Smith Freehills, Emma Jones (pictured) from Ashurst and Ajay Khandhar from K&L Gates took out one of the most competitive categories on the evening’s agenda.

“I love that it’s so varied, so everyday I’m doing something different and it’s people related, and [involves] quite interesting characters from the unions to individual employees,” said Jones, one of three Western Australian winners across the 10 categories.

In addition to demonstrating her legal expertise across one of the more traditional practice group areas for full-service commercial law firms, Jones also acknowledged that the profession needs to move with the times.

“For clients, using a different billing model such as a fixed-monthly-fee or fixed-fee helpline can result in accessible legal advice and lawyers really fulfilling the ‘trusted advisor’ role,” said Jones in her submission, which also tackled diversity and depression. “By exploring different models, legal advice could also become more accessible to those in need, such as small businesses.”

While it was the resources boom on the western half of Australia and the banking & finance and M&A work on the eastern seaboard that originally attracted global law firms into Australia, workplace relations has become an increasingly important battleground as firms of all sizes have sought to diversify revenue streams.

Rohan Doyle, a senior associate with Herbert Smith Freehills, has already achieved much with the firm’s employment, pensions and incentives (EPI) practice in Melbourne.

His leadership qualities have also already been recognised at the firm, with Doyle effectively being placed in charge of a partner's practice while that partner spent six months working interstate.

27-year-old Ajay Khandhar has demonstrated that his legal prowess extends far beyond the confines of 1 O’Connell Street in Sydney where he is based.

Khandhar was invited by Marie Jepson of the Tristan Jepson Memorial Foundation to sit on the Mental Health Standards Committee, which is charged with inquiring into the psychological health and safety standards in the Australian legal profession by evaluating best practice models in other professions and jurisdictions.

As the CLE representative of the Workplace and Safety Law Committee at NSW Young Lawyers, Khandhar has helped to develop a CLE video podcast series to assist rural and regional practitioners.

Globals get the gong