Mark steps down as profession’s watchdog 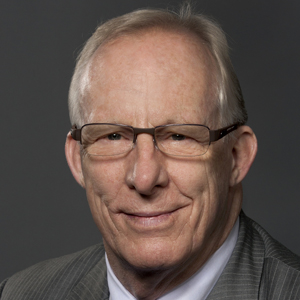 Steve Mark, the NSW legal services commissioner for 19 years, will step down from the position in August.

Mark said lawyers are grappling with ethical issues related to social media, outsourcing, mergers and demergers, as well as market-driven financial constraints, and saw an opportunity to work with firms to improve their “ethical infrastructure”.

“You can increase profits, decrease pressures on staff ... as well as have high ethical standards; there is no direct clash between profits and ethics, but there is a clash between ethics and greed,” he added.

Mark’s final piece of advice as legal services commissioner to what he described as the “inherently conservative” legal profession is to modernise. Otherwise, he warned, Australia could be flooded by similar commoditisation of law that has occurred in the UK in recent years.

Mark singled out the billable hour as an issue that is holding the profession back.

“Firms, big and small, are slow to move to new models ... we’ve been talking to firms for 19 years about moving away from the billable hour and adopting different mechanisms to charge but they are inherently risk averse,” he said.

While not currently in talks with any firms, Mark said that he intends to approach both private practices and in-house teams to discuss working with them on a consultancy basis. He also revealed that the business would be a partnership but could not comment further, saying it was “too early to talk about it”.

In his role as legal services commissioner, Mark established a co-regulatory system with the state’s law society and Bar association that, he claimed, focused on reducing complaints against lawyers rather than prosecuting offenders.

“I don’t think compliance is enough; the purpose of this office has been to reduce complaints against lawyers within a context of promotion of rule of law, increased professionalism of the profession and client protection,” he said.

Mark pointed out that the profession’s numbers have more than doubled since 1994, when he started the role, and credits the LSC’s education program, which conducts around 100 seminars on ethics each year, for the decline in complaints.

The Commission is also the first office to allow multi-disciplinary practices to exist and list on the stock exchange.

Mark steps down as profession’s watchdog