Home/
News/
Bank balance is in our favour

Bank balance is in our favour 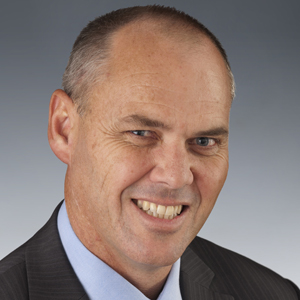 Jagger (pictured) spoke to Lawyers Weekly about his firm’s structure and growth in the wake of the firm’s opening of a Hong Kong office in late April.

“With our new Hong Kong office now up and running, and continued growth in our existing Australian and Singapore markets, we hope to see revenue growth of around 20 per cent [this year],” he said.

Jagger’s bullish predictions for his firm flies in stark contrast to the financial performance at many large national and global firms.

In the past two months, Lawyers Weekly has exclusively reported that King & Wood Mallesons and DibbsBarker have initiated redundancies.

Lawyers Weekly also understands that several other national firms have let lawyers go this year, while Herbert Smith Freehills have initiated a pay freeze and Clayton Utz encouraged staff to take a four-day week or nine-day fortnight to reduce costs.

The release of recent global law firm financial results has also made for some sober reading.

Clifford Chance had a three per cent drop in Asia-Pacific revenue, while Allen & Overy and Norton Rose Fulbright reported modest revenue increases of around three per cent or less.

“I see two key challenges for the legal profession in the next 12 months. Law firms must adapt and meet their clients’ demands for more efficient, flexible and cost-effective solutions,” said Jagger. “For existing Australian top-tier firms, it's the risk that niche global entrants and high-quality boutiques pose to both their client base and talent pool.”

Just last week, the firm announced that Sandra Gibson had been appointed as the managing director of AdventBalance.

“As managing director Australia, Sandra will focus on the day-to-day operations of our Australian business,” said Jagger. “This will allow me to focus on the expansion of our business both geographically and in terms of a broader service offering.’

Timesheets tossed
AdventBalance has completely moved away from the billable hour.

Its model sees lawyers on its books seconded out for specific projects at a fixed rate, with the length of the secondment and hours per working day negotiated upfront.

Jagger, a former Perth-based partner at Freehills prior to its merger with Herbert Smith, said he is personally happy to move away from timesheets and hourly billing.

“Freehills is a great firm and I really enjoyed my time there,” said Jagger, who was at the firm for 14 years. “However, it is good to be at a firm that provides clients with an innovative cost structure and our lawyers the chance to work on interesting and varied projects.”

AdventBalance also has an LPO arrangement with Pange3 as a further cost-saving it offers clients.

Jagger also told Lawyers Weekly that he believes the high rate of depression in the legal profession is linked to the long hours lawyers work, something that time recording encourages.

Bank balance is in our favour