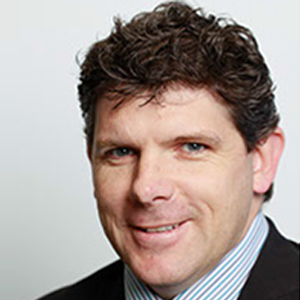 Ryan told Lawyers Weekly that he was lured to Murfett because he felt his practice was not being supported at Rockwell Olivier.

“[Murfett] recognises the value of good people running niche practices and giving them support to allow them to achieve what they want to achieve,” he said. “That support wasn’t coming out of Rockwell, unfortunately.”

Durey added: “We’ve had more support here than in any of our other positions.”

Both men denied, however, that their recent appointments were connected to a restructuring at Rockwell Olivier, which resulted in 11 employees leaving the firm’s Perth office in June. Perth managing principal Brendan Taylor told Lawyers Weekly at the time that the firm’s liquor & hospitality and wills & estate planning practices had been impacted.

“We left on our own initiative,” said Durey, who had been at Rockwell Olivier for eight-and-a-half years.

He explained that Tom Meagher, the director of commercial law at Murfett, offered him the position long before the restructuring at Rockwell Olivier.

Ryan also claimed his departure after three years at Rockwell Olivier had been in the pipeline for months.

“I’ve been thinking about going out on my own for a little while,” he said.

“Tom approached me through LinkedIn, we had coffee and had a number of discussions, [and] it seemed the right decision for my practice going forward.”

Ryan has taken most of his clients, who are mainly from Western Australia and South Australia, to Murfett Legal. He said that his new firm’s decision to launch an Adelaide office demonstrates the extent to which it will support his plans to expand his practice in South Australia.

Moving to a firm that currently only has a presence in Perth will not disadvantage their practices, both lawyers claimed. In fact, Ryan and Durey said Murfett’s emphasis on client service and management style, which gives high-level lawyers the scope to run their own practices, will send more work their way.