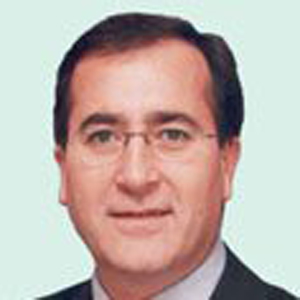 A leading litigation lawyer who has made the move to a management position at a LPO provider has said he doesn’t believe LPOs are taking work from law students and trainees.

“Most of this work, by definition, is not legal work; it’s administration tasks that [legal graduates] didn’t spend five years going through law school [and] training contracts etc... to spend their time reading hundreds of thousands of irrelevant documents; that’s not what a lawyer’s job is and never should be,” said Nigel Kissack (pictured), the former head of litigation at global law firm Pinsent Masons, who has now joined global legal process outsourcing (LPO) provider Exigent as global strategy consultant.

“I never trained doing that; we didn’t have the same volume of electronic documents then. For the previous generation before this the problem wasn’t there,” he added, though he admitted the notion of LPOs taking work from young lawyers is something he has received “a lot of stick” about on the internet.

The move from practising in litigation to having a management role at a LPO wasn’t as big a jump for Kissack as it would be for many other practitioners, as LPO is an area he has been something of a pioneer in.

“I originally had the idea of recruiting staff in South Africa to service our document review needs in the litigation process ... to [go through the documents economically] I recruited a group of lawyers in South Africa and Exigent managed them for me, so that was the beginning of our relationship five or six years ago and we’ve worked very happily ever since.”

Kissack also spent two years, from 2010 to 2012, as ‘head of enterprise’ at Pinsent Masons, and said that his experience in that role is something he can bring to Exigent and use to help other law firms.

“[In that role] half my time was spent just looking at ways to improve efficiency, ways to use technology better [and] ways to dismantle work to allow it to be outsourced ... so it’s very much part of my experience now to work with other law firms in that sort of task,” he added.

London-based Kissack will sit on the board of the LPO provider in his new role and he revealed he is also set to invest some money into the company.

If used correctly, Kissack said LPO can save firms (and their clients) between 20 and 30 per cent on the cost of a transaction, with savings of more than 50 per cent possible in areas like document review.

“LPO house[s] are specialists at that sort of work, they do it day-in day-out, they have good quality assurance, it’s a better place to put it; I was happier with my documents being reviewed in South Africa  than the work product of our own teams,” he added.

“There’s been a lot more activity in the last six months than maybe in the last five years,” he said.

“[For law firms now] either you become less and less profitable gradually or you do something about it ... that’s the stark choice.”