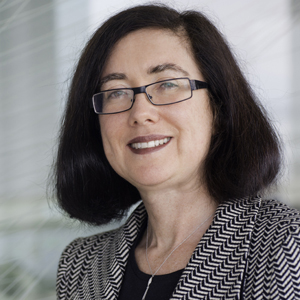 Sydney-based Adrian Ahern is the global chairman of Norton Rose Fulbright, one of the world’s largest law firms. This is the first time an Australian has been appointed to such a role at a global firm. Ahern is also the client relationship partner for organisations including AMP and Macquarie Bank.

Gilbert + Tobin is arguably Australia’s leading law firm when it comes to promoting women, and Gina Cass-Gottlieb (pictured right) has acted as a mentor for female lawyers at the firm for nearly two decades. This year Cass-Gottlieb was appointed to the Reserve Bank of Australia’s payments system board, with former Treasurer Wayne Swan lauding her as a “highly-regarded competition lawyer”.

Brisbane’s Teresa Handicott is no stranger to the finalists podium at law awards. The youngest person and first female to be elected as the chairman of the Corrs Chambers Westgarth board has played a key role in ensuring her firm has not rolled-out redundancies or initiated pay freezes over the past few challenging years. Handicott was a finalist last year at the inaugural Lawyers Weekly Women in Law Awards.

Nick Humphrey is the head of the corporate group at Sparke Helmore. Since joining the firm in January 2012, Humphrey has built a 24-lawyer team that has acted on $2.3 billion in deals in a little over 12 months.

Humphrey has also relaunched the firm’s pro bono practice and poached clients from rival firms by offering a range of innovative alternate fee arrangements (AFAs). The corporate group at Sparkes now has AFAs with around 80 per cent of its clients.

Les Koltai (pictured left) is the head of the real estate practice at DLA Piper. Koltai has played a key role in increasing that group’s revenue and has personally brought more than $5 million into the firm’s coffers through new client acquisitions. “Under Les’ leadership, we are on our way to achieving our desired positioning as the firm of choice for international investors and leading domestic players in the Asia-Pacific region,” said DLA senior associate Astrid Beemester.

Similar to his fellow-finalist Adrian Ahern, Baker & McKenzie’s Martijn Wilder (pictured) is an Australia-based global leader with one of the world’s largest firms. Wilder heads Bakers’ global environmental markets and climate change practice, and is a global leader in the development of legal mechanisms governing international carbon markets.

The Awards will be held at Crown Casino in Melbourne tomorrow night (26 July). Tickets can still be purchased here.