Home/
News/
Rainmakers seeking to ride out the storm

Rainmakers seeking to ride out the storm 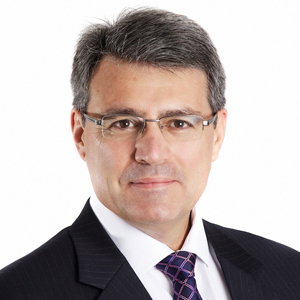 M&A and transaction lawyers are arguably the hardest-working people in private practice.

M&A and transaction lawyers are arguably the hardest-working people in private practice.

The Dealmaker Award, proudly sponsored by Jlegal, recognises their efforts over what has been a challenging 12 months as deals have dipped.

This prestigous award is one of the highlights of the Lawyers Weekly Law Awards, proudly sponsored by List A Barristers, in Melbourne tomorrow night (26 July).

In looking at David Clee’s submission, it was more a case of what big deals didn’t he act on rather that what was he involved in. A partner for less than two years, the Gilbert + Tobin man counts Channel Nine, Telstra, GrainCorp and Charter Hall as clients.

Mark Crean is an integral part of what Herbert Smith Freehills is all about. Arguably the most important tie-up the HSF deputy senior partner has acted on was the merger between Freehills and Herbert Smith. Crean also acted for Lend Lease in negotiations with Crown regarding the hotel and casino development at Barangaroo, and for Austar in its merger with Foxtel.

“Both I and Austar’s general counsel, Deanne Weir, had only one lawyer in mind to lead that transaction, namely Mark,” said former Austar CEO John Porter.

the global firm since joining them from Minter Ellison two years ago, with his lead role acting for Itochu Corporation and Mitsui & Co on $1.5 billion worth of acquisitions from BHP Iron Ore a particular highlight.

Philippa Stone needs no introduction. The senior Herbert Smith Freehills partner seems like a permanent fixture on the Lawyers Weekly deals page, with a recent highlight being her role in acting for the ASX on the first-ever capital raising by a stock exchange in Australia. This is the largest equity offering by a listed ASX entity so far this year.

Gilbert + Tobin’s John Williamson-Noble (pictured below) is the second finalist from his firm in this category. At the firm for almost two decades, recent blue-ribbon deals he has had a hand in include acting for GrainCorp on its $3.4 billion takeover offer from Archer Daniels Midland, and Crescent Capital’s takeover bid for Careers Australia Group. “John is Crescent’s key legal adviser and is central to Crescent’s success as a globally top quartile return private equity firm,” said Crescent Capital Partners’ Nathaniel Thompson.

Rainmakers seeking to ride out the storm