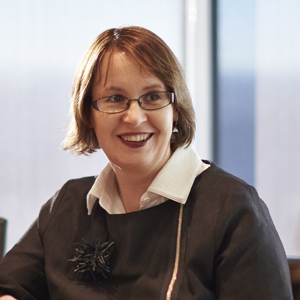 The Melbourne office of DLA Piper will no longer have a domestic superannuation practice following the departure of leading superannuation and financial services partner Heather Gray with her team.

Gray (pictured) and her team, which included a consultant, special counsel, senior associate and their assistant, moved to Hall & Wilcox in July.

“Our clients have moved with us ... DLA have been very helpful in facilitating that move so the Melbourne office will no longer have a domestic superannuation practice,” Gray told Lawyers Weekly.

“We felt our practice was really well suited to Hall & Wilcox ... super and financial services [is] an area they really want to pursue and they’ve been able to put the time and attention and resources into that that perhaps is not so realistic to expect from a large firm ... [that] has more of a global reach, such as DLA.”

Gray added that she and her team felt they would be able to offer their clients more “depth” at Hall & Wilcox because of the firm’s larger superannuation team, which includes three partners.

“We feel there’s great synergies with the group that’s already here and we’re just merging our practices. I’m very hopeful that we will attract new clients ... the larger you are the more capacity you’ve got,” she added.

As well as being a leading superannuation lawyer, Gray is a director of national mental health charity SANE Australia, and she said more needs to be done to tackle mental health problems in the legal profession

“Some of the issues that SANE are working on are to do with reducing stigma associated with mental illness. People need to realise that mental illness is something that happens within the community; it affects lawyers as much as it affects everybody else, and people need support and encouragement to deal with those sorts of issues, and they need workplaces that are geared towards mental health.”

Gray spoke about the inflexibility and pressures that can exist in the legal profession, particularly for young lawyers.

“We need to be conscious of [these things] and we need to make decisions that are geared towards helping people deal with those issues, but also reducing the incidences of them occurring in the first place.”

She added that, while mental health problems are caused by a range of factors, billable hours are an area that can have a particularly negative impact on young lawyers’ mental health.

“Young lawyers ... can only do the work that’s being delegated to them ... so for people that perhaps aren’t being fully utilised there’s an anxiety that comes with that; then if they’re being delegated to so that they’ve got so much work that they can’t possibly get through it in the day and are working [a lot of] very late hours, then that can be quite damaging as well.

“People need time to relax and refresh themselves.”

To refresh herself outside of work, Gray likes to go to the theatre, concerts and comedy shows with her three children – aged 16, 20 and 22. She also presents a finance segment on ABC Radio every six weeks.

“On a Saturday morning I do the finance segment on ABC Radio talking about super and taking calls from listeners about super issues ... and that’s something I enjoy.”