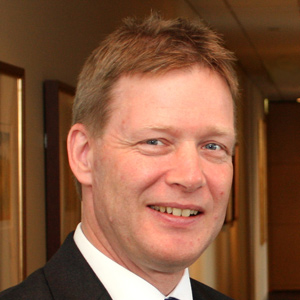 A Lawyers Weekly poll has found that most respondents feel that technology has not made their lives easier because they are now contactable 24/7.

A Lawyers Weekly poll has found that most respondents feel that technology has not made their lives easier because they are now contactable 24/7.

The Lawyers Weekly poll asked: Do lawyers make enough use of available technology to make their lives easier? Of the 445 respondents, 40 per cent said ‘I use technology but my life isn’t easier as I am now contactable 24/7’ and 29 per cent replied ‘No, the profession is stuck in the past’.

Only 27 per cent said ‘Yes, personally I use lots of technology to assist my workload.’

“I find the result very surprising,” Brian Borskjaer (pictured), the director of legal technology at Corrs Chambers Westgarth, told Lawyers Weekly. “I think law firms, especially top tiers, invest heavily in technology, and to have 30 per cent of lawyers say that we’re stuck in the past [is not] the right representation [of the profession].

“I think it’s very much about understanding what lawyers need and then delivering it and educating them about the benefits of the technology,” he added.

However, Peter Williams, the chief edge officer at the Centre for the Edge in Deloitte, was less surprised that close to a third of respondents thought the profession was stuck in the past.

“[It] didn’t surprise me because ... I do find that a lot of the younger lawyers feel the profession is saying ‘yeah the world is changing but we don’t have to because we’re lawyers’.

What Williams did find surprising was that 40 per cent of respondents said technology doesn’t make their life easier. “I’m interpreting that the technology is putting more pressure on them to do more work ... [and that] the notion of ‘work-life blur’ is really prevalent in the profession,” he said.

Both Williams and Borskjaer said it was up to individuals to make the conscious decision not to be ‘always on’ and to lay ground rules that, for example, they won’t respond to emails in the evenings or on weekends.

“It’s a society-wide issue about being available 24/7; I think it’s up to the individual to set the parameters around that,” said Borskjaer, who was one of the team behind the development of legal document management app Casefolio. “Do you need to answer an email at 7pm at night or can it wait until the next morning? Sometimes I think we set unrealistic expectations of ourselves.”

Williams said that expectations need to be defined by the leadership in law firms.

“If you’re in the midst of a court battle, or a big M&A transaction, you might need to be always on ... but I don’t think your whole life needs to be lived that way,” said Williams.

“[Firm leaders need to] say that ‘I don’t expect you to be always on’; if some people choose to [be always available] that’s fine, but it’s not the firm’s expectation that you’d be responding to emails every five minutes.”

Both Williams and Borskjaer also said that it was not always the younger lawyers who were the most enthusiastic about embracing new technologies.

“I find that we have got some senior partners [in Corrs] that are just as across the technologies as some of our grads,” said Borskjaer. “It comes down to the individual and how keen they are to ‘get it’ that technology is available to you and, in the right situations, can make life so much easier for you.”

Williams also said that embracing technology was about “attitude as opposed to age”.

“Anyone aged 35 and under just intrinsically knows how to use this stuff and, in professional services firms, the majority of staff tend to be under 35 ... so if you’re going to communicate effectively with the majority of your workforce [embracing technology] is not really a choice.”