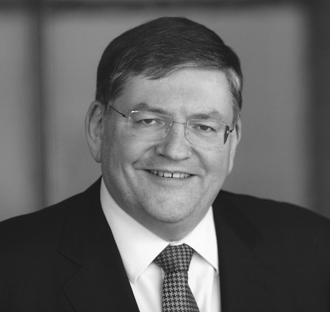 The head of the peak body representing nine of the largest law firms in Australia expects the Coalition victory will lead to a new wave of deals.

Stuart Clark (pictured), chair of the Large law Firm Group (LLFG) and international managing partner of Clayton Utz, applauded the election of a majority LNP government which, he argued, will bring an uptick in business activity and foreign investment.

“There will be an initial boost to business confidence simply by virtue of the fact there’s a greater degree of certainty,” said Clark, who was critical of the “destabilising effect” of Labor’s leadership changes.

“We know there are a lot of people looking at a lot of deals at the moment and it’s just a question of that confidence getting through to execution.”

Transactional lawyers are eyeing the Coalition’s pledge to “deregulate the economy”. Transaction lawyers are currently sweating on Foreign Investment Review Board approval on major deals, including the proposed $3.4billion takeover of GrainCorp by US company Archer Daniels Midland and State Grid of China’s application to buy a stake in energy distribution businesses SP AusNet and Jemena from Temasek.

Last week, Clutz chief executive partner Darryl McDonough told Lawyers Weekly that clients of Japanese and Indian firms have been “very keen” to invest overseas, but not in Australia because of the uncertainty and risk of investment.

“There’s a concern that it’s not a level playing field and the rules may well change a quarter way through your [establishment] of a project,” he said, adding that he hoped a new majority Government would deliver greater investor confidence.

Business groups are calling for swift action and structural reform to unwind regulatory policies that they argue have hurt competition. The Australian Institute of Company Directors has called for the new government to hold a “regulation summit” in its first 100 days of office and the Business Council of Australia is pushing its economic policy reform “action plan”, which was released in July.

“I’m moderately confident that [it will] be carried through; they have a very good team working on it, led by Arthur Sinodinos, and I think there’s good prospects that we will see some change there.”

In February, a Lawyers Weekly survey of 20 law firm managing partners found that 60 per cent of respondents indicated they would vote for the Coalition. Only 27 per cent of those surveyed indicated a vote for the then Gillard Labor government.

Profession reform to roll on

Clark similarly had praise for the Coalition’s indication of support to reduce regulatory burdens on the legal profession, by implementing the national legal profession reform project.

“The previous [Labor] government was effectively washing their hands of it, which was very disappointing, but now we’re seeing incredible support from NSW Attorney General (AG) Greg Smith and VIC AG Robert Clark in terms of driving the project forward. Senator Brandis has indicated he supports a cooperative approach … and we’re confident they’re going to bring it to affect,” he said, adding that, under the new model, the cost of implementation has been significantly reduced and is now “sub $1 million”.

The proposed new structure includes the creation of two new bodies – a National Legal Services Board and a National Legal Services Commissioner. While most regulatory powers would reside in these national bodies, many of the powers of the Board, and most of the powers of the Commissioner, would be exercised locally by state and territory regulators.

Implementation of the reforms in NSW and VIC, which Stuart Clark said looks likely to happen next year, would see around 70 per cent of the profession covered.

“That will give us a real opportunity to build out and we’re looking forward to working to convince the other jurisdictions that changes have been made and allay many of the concerns people have,” said Clark.

Last year Queensland’s AG announced the sunshine state would not participate in the national scheme. The project is progressing notwithstanding the decision of the other states and territories not to commit at this stage.