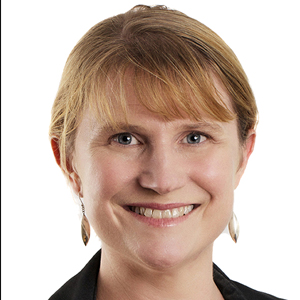 The majority of businesses are struggling to use social media effectively in the Southeast Asia market, the head of Baker & McKenzie’s Asia-Pacific IT and communication industry group has said.

Southeast Asia has the highest usage of social media in the world but, the report found, only five per cent of the businesses surveyed that had offices in Southeast Asia had a social networking program in place.

“[Social media] is a crucial platform and one that is evolving daily and is here to stay,” said Allgrove, adding that she was astounded by the number of ‘connected’ individuals in the ‘emerging’ Southeast Asia markets (530 million individuals carrying 600 million phones, half of whom are already engaged in social media), and the proliferation of local social media sites.

The report surveyed a range of industries, including airlines, banks and telcos, in six ‘emerging’ nations: Indonesia, Thailand, Singapore, The Philippines, Malaysia and Vietnam.

“There’s clearly a local thinking and a local strategy that needs to be considered [by companies] because these local platforms are gaining strength daily and are very important and crucial to these local markets,” said Allgrove.

Allgrove said there are a number of factors holding businesses back from fully embracing social media, including legal factors, cost implications and the fact that they may have been “burned” when using social media before.

“[Businesses may] put their feet in the [social media] water and think ‘alright this is a cost-effective way to market’ but then get burned because someone complains on the site or they don’t have enough people in place for the relevant servicing and monitoring to ensure that it’s used appropriately,” said Allgrove.

“Reputational damage is a big issue for people.”

Allgrove said that law firms’ primary use of social media in these markets is to assist their clients in understanding the area, rather than using it themselves as a marketing tool.

“Law firms in this region ... have not really engaged [on social media]. It’s been a bit more static; you have your website, you have alerts, but very few active blogs and active presence on Facebook and other sites.”

However, Allgrove added: “I think [law firms’ use of social media] will evolve and will have an important place going forward.”

She said in her practice she is being increasingly consulted by businesses about social media-related issues, and added that the global nature of social media makes it particularly challenging for businesses.

“If I’m sitting in Singapore and my customer who has generated the content is in Kuala Lumpur ... who’s to blame? What laws apply? Those questions are still there and people are still struggling with that.”