Home/
News/
Grateful for those who give back

Grateful for those who give back 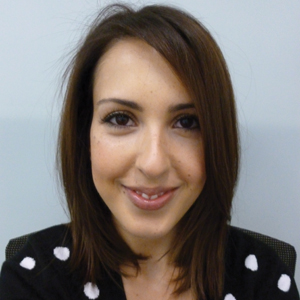 Six inspiring finalists in the Lawyers Weekly Women In Law Awards have demonstrated why pro bono is one of the distinguishing and admirable features of the legal profession.

Six inspiring finalists in the Lawyers Weekly Women In Law Awards have demonstrated why pro bono is one of the distinguishing and admirable features of the legal profession.

One of Sarah Curnow’s (pictured right) notable achievements at Squire Sanders was developing a solid relationship with a key referrer of pro bono work, Many Rivers Microfinance. David Bagheri, national development manager at Many Rivers Microfinance said: “Sarah, thank you very much for ... your commitment. It is having an incredible impact for our clients.” She has also received glowing references from other pro bono clients, including the International Skills & Institute in Health, Bicycles for Humanity and The Liver Foundation of WA.

Seven clients nominated Anne Greenaway (pictured below) of Lawyers for Companion Animals for the Pro Bono Award. All of them applauded Anne for her tireless efforts in handling their cases, which generally involved the protection of a pet. Her passion for animal welfare led Anne to organise a meeting with the Assistant Commissioner of Police this year, at which she outlined legal concerns associated with animal cruelty issues. She has also been invited to teach Companion Animal Law at the University of New South Wales.

As a member of the King & Wood Mallesons Melbourne Pro Bono Committee, Patricia Matthews regularly provides input into the management and direction of the firm’s Pro Bono Program. The senior associate coordinated the firm’s involvement in the Footscray Community Legal Centre’s African Legal Service and is currently a supervisor at the Homeless Person’s Legal Clinic at Melbourne City Mission in Footscray. Outside work, Matthews has donated hundreds of pro bono hours to the Scout movement as leader of the parental advisory group.

Heidi Nash-Smith (pictured right), special counsel and pro bono coordinator at Wotton + Kearney, was the driving force behind the launch of the firm’s first Pro Bono and Corporate Social Responsibility Program called Community Footprint. Under Heidi’s direction, 21 lawyers have worked on pro bono matters this past year – twice as many as the previous year – and the firm almost doubled the number of pro bono hours dedicated to Community Footprint. Heidi also oversees the firm’s involvement in PILCH’s Natural Justice Project and is developing a tool kit to assist members of the Stolen Generation to access their government records.

DLA Piper senior associate Christine Willshire is the team coordinator for a number of pro bono training programs that took place in Yangon, Myanmar this year. The programs were aimed at improving the knowledge and skills of local lawyers and included a two-day contracts workshop and a two-day trial practice and advocacy training program. Christine is also maintaining an ongoing relationship with organisations in Myanmar, offering copies of DLA Piper’s training documents and responding to any of their legal queries.

Grateful for those who give back