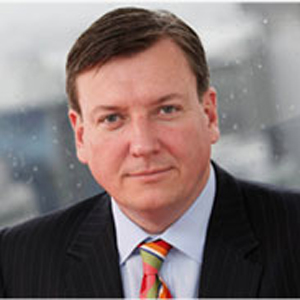 “[The system] condemns the new boys and girls in city firms to a modern form of indentured slavery while the partners, having served their time, revert to the role of the rainmaker,” said John Brogden (pictured), chair of Lifeline Australia and the keynote speaker at the TJMF Lecture, which took place at the Federal Court of Australia in Sydney last Thursday (17 October).

Brogden also criticised the isolating nature of barristers’ chambers, the “institutionalised disregard” for the mental health of the profession, the long hours and “worse still, the bravado surrounding the legendary long days and nights as substitution for efficient and effective modern work practices”.

Brogden was the Leader of the Opposition in NSW from 2002 to 2005 and the Liberal member for Pittwater from 1996 to 2005. He resigned from politics in September 2005, just weeks after a highly-publicised suicide attempt.

During the Lecture he also cited research carried out by his wife Lucy, who is an organisational psychologist and comes from a family of lawyers.

The research involved an anonymous survey of 1700 members of the NSW Law Society, carried out in 2012.

It found that lawyers have much higher levels of distress than the community in general and that the top three job satisfaction domains related to distress were: work-life balance, recognition in the workplace and colleagues.

“[The research found] hours of work and income were the least related to distress; the more highly paid were, in fact, more likely to report psychological distress,” revealed Brogden.

Brogden added that the more a lawyer does outside the law, the less likely they are to have depression and anxiety because they are not identifying themselves solely through the law and the legal profession.

The research also found that the likelihood of mental illness was not influenced by the size or type of practice.

Brogden said that his aim now is to reduce the stigma that still surrounds mental illness; he said Australia has come an “enormous distance” in the last 10 years when it comes to mental health, but that one place where progress is still lacking is in the workplace.

“In too many cases we wouldn’t know what to do [if a work colleague told us they had a mental illness], our instant reaction would be ‘can they still do their job?’,” said Brogden.

“The result of that is the majority of people with a mental illness in the workplace don’t tell people; they don’t share it for fear of retribution or for fear of lack of advancement or lack of promotion.

“As a consequence there are many people that suffer quite deeply in silence in our workplaces … in a fashion that they never would with a physical illness.”

Brogden also spoke about his own experience and how people reacted to him following his suicide attempt.

“I thank God every day that I did not complete my suicide … but I’m actually a better person for having got to that point in my life than if I hadn’t got to it,” he said.

“My recovery was a great demonstration to me of the great levels of public empathy and sympathy … [I received] 10,000 cards, letters and emails from all across Australia.

“I came to discover that having depression makes you a member of quite a large club.”