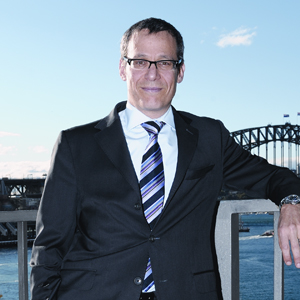 Allen & Overy has increased global turnover, with local head Grant Fuzi telling Lawyers Weekly that by capping growth in Australia it has avoided problems that have beset global rivals.

Allen & Overy has increased global turnover, with local head Grant Fuzi telling Lawyers Weekly that by capping growth in Australia it has avoided problems that have beset global rivals.

Lawyers Weekly spoke to Fuzi (pictured) in the wake of the release of the firm’s impressive half-year financial results from May to October 2013.

While the firm does not reveal specific office figures, Fuzi said the Australian practice in Sydney and Perth had seen an uptick in work over the last few months.

“The sentiment is far more buoyant than 12 months ago,” said Fuzi, who characterised 2013 as a “truly outstanding year” for the Australian practice in Sydney and Perth. “What is really pleasing for the Australian partners and the Asia-Pacific group is the strong contribution the region as a whole has made [to global revenue figures] and Australia has been a significant part of that.”

In a statement the firm noted that London and the Asia-Pacific provided “particularly strong performances”.

Fuzi nominated the firm’s role advising Lloyds Banking Group on the $1.55 billion sale of its asset finance business, Capital Finance Australia, and corporate loan portfolio, BOS International Portfolio, to Westpac as a notable recent deal that A&O had a significant involvement with in the domestic market.

Not getting too big for local boots
2013 has not been a stellar year for global law firms in Australia.

This month Norton Rose Fulbright announced it had made 30 redundancies in Australia. Earlier this year, King & Wood Mallesons cut some staff and Herbert Smith Freehils instituted pay freezes for Australian lawyers below the partner level.

Fuzi said that A&O had not made any redundancies or capped salary levels in its Perth or Sydney offices this year.

He said the firm’s domestic focus on high-end banking and finance work, energy & resources deals and litigation had protected the firm from such measures.

“We have been really conservative with our build-out in Australia since we opened,” said Fuzi. “We have always been conscious of not growing too quickly.”

A&O launched in Australia in early 2010.